Jim Allen's 1999 book Illustrated Buyer's Guide: Jeep, published by MBI, is probably still the most comprehensive and accurate reference available on the development of the Jeep line (see The CJ-3B Bookshelf). However, it's not a coffee-table book, and Jim's many photographs are reproduced in small black & white form. Some of the pictures have appeared here on CJ3B.info, or in the magazines Jim writes for, but this collection I first posted in 1999 is still a good supplement to the book. Here are a dozen of Jim's pictures of historic and restored Jeeps, along with some brief excerpts from the Guide.

Note: the 2004 MBI Collector's Library reprint was retitled simply Jeep, which makes things a bit confusing since there a few books with the same title, including a coffee table book also by Jim. 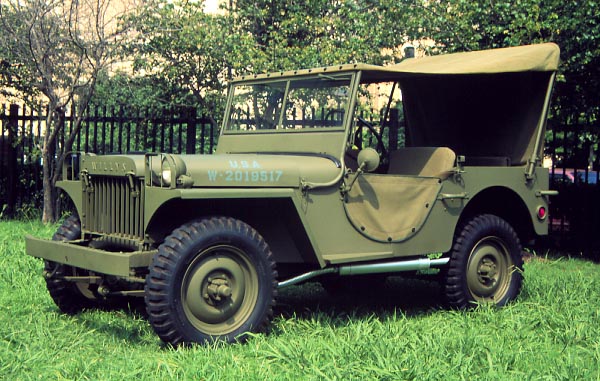 "Since the majority of the pre-standardized Jeeps went elsewhere, including to the bottom of the ocean when the cargo ships carrying them were sunk, they are scarce today in the United States." 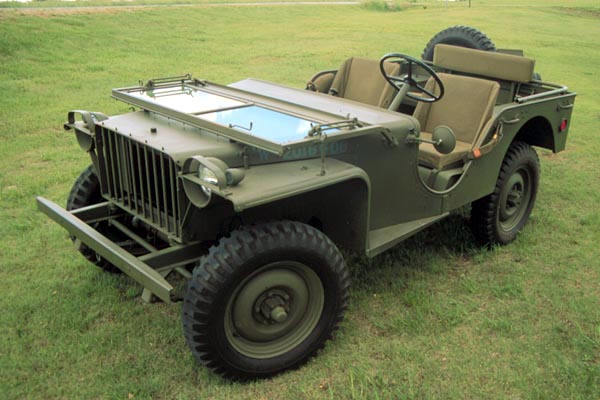 "The side bolsters for the seats was an idea shared by Ford. While it made the driving position a little more comfortable, it impeded ingress and egress. In a world where your life depended on how fast you get in and haul tail or get out and find a hole, comfort was sacrificed." 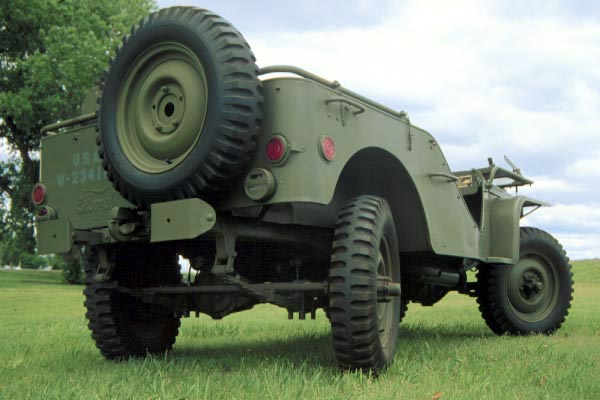 "Ford's overall body design was the style adopted for standardized models. Production numbers are in some doubt, but the generally accepted numbers are around 4,458 units. Of these, 50 were experimental four-wheel-steering variants for use in tests." 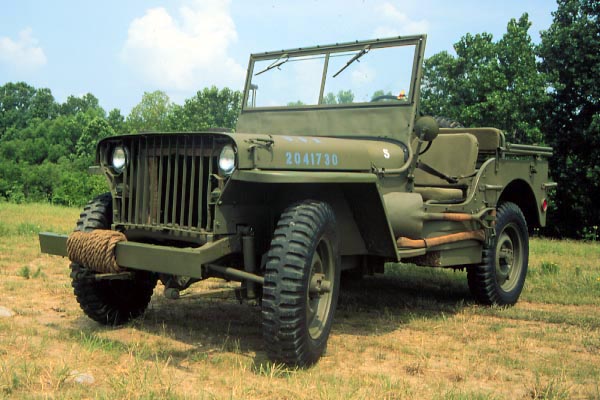 "Named for their welded steel grille (like the Ford GP), the early production MB's were definitely works in progress. Many running changes appeared during their production, all of which evolved into the final version of the MB." 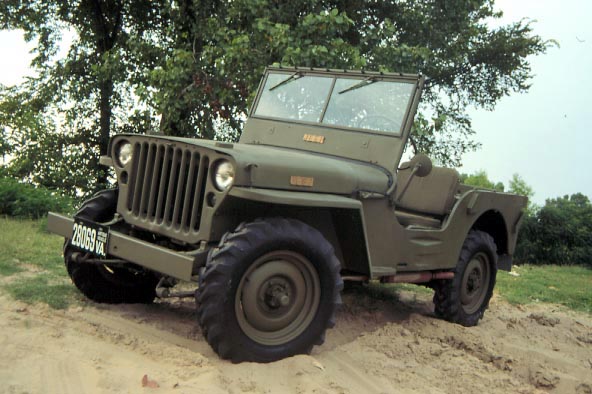 "With all the interchangeable Jeep parts, it's easy to dismiss a rig that combines civilian and military features, but now you will probably agree that you'll need to look closer." 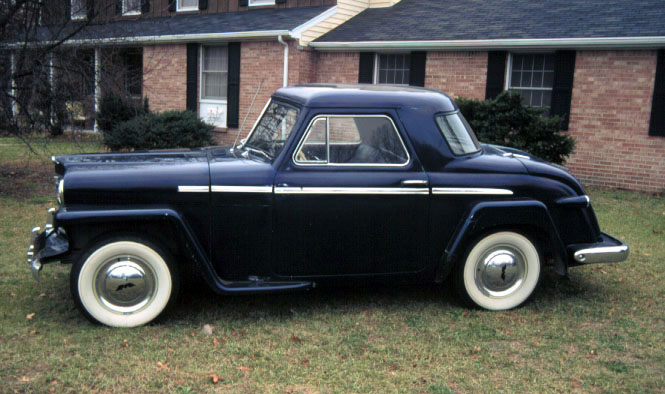 "They used an aluminum body styled after the common business coupe of the era but retained the Jeepster front end and many other Willys design cues. The project went nowhere...." 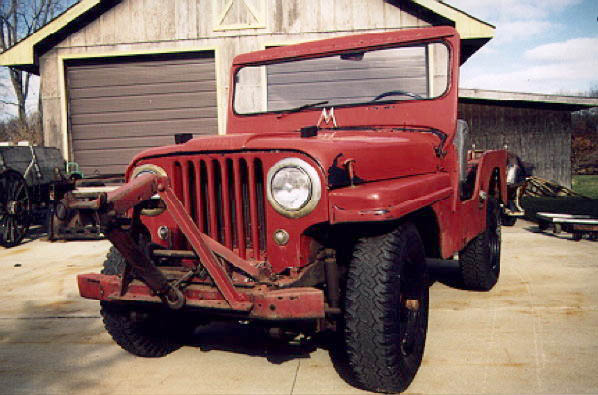 "Against all odds, the CJ-4 prototype has survived. Willys' chief engineer, Miguel Ordorica, purchased it in 1955.... It emerged in 1997 in good shape and is now undergoing a restoration." 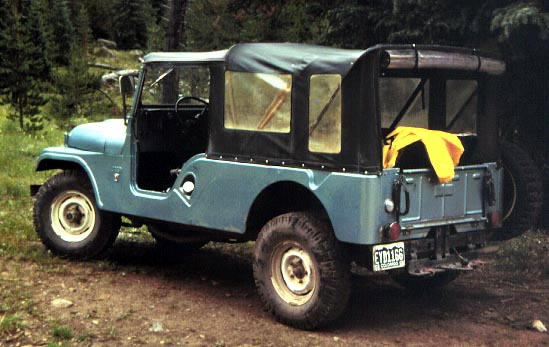 "It offered a 40 percent increase in interior volume (not payload) and proved useful in many commercial roles. Oddly, not many were sold, especially to private buyers. It's unclear whether this was lack of production from the manufacturer or tepid buyer's fervor." 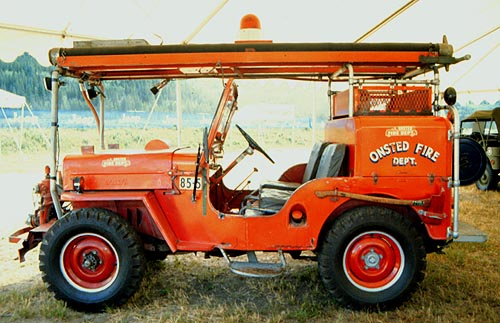 "Despite the undeserved 'ugly duckling' reputation it has in the States, the CJ-3B is the most enduring CJ of all time." 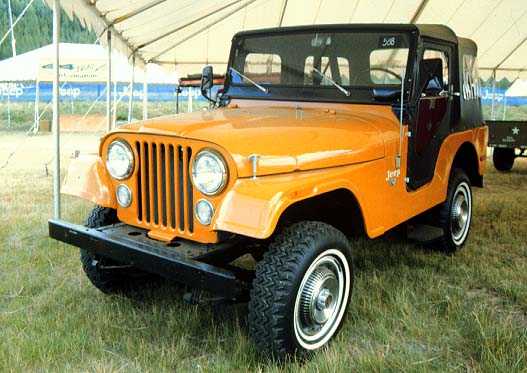 "The CJ leapt into a new world in 1966 with the adoption of the optional V-6. The old CJ could then consider itself sprightly, if not downright zippy." 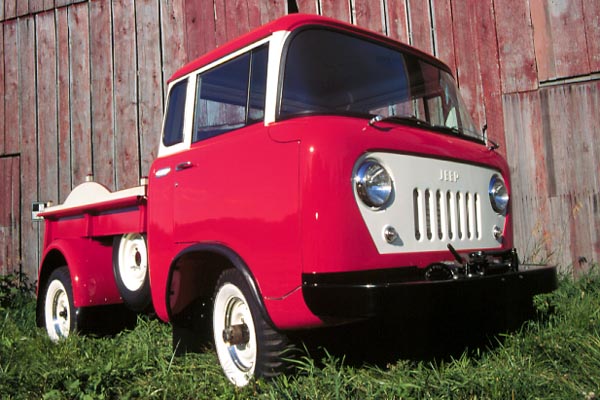 "Much of the credit for the Forward Control goes to designer Brooks Stevens, who was known for being able to integrate novel styling with off-the-shelf mechanical pieces." 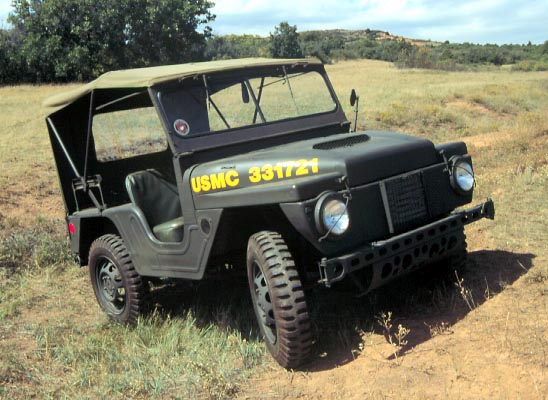 "The Mighty Mite is not quite a Jeep, but it's certainly close enough in design and purpose. As an aside, it's notable that none other than Harold Crist, one of the designers and builders of the Bantam jeep of World War II, was the driving engineering force...."

Thanks to Jim for the photos. -- Derek Redmond

For a brief review of the book Illustrated Buyer's Guide: Jeep, see The CJ-3B Bookshelf.