Above is the cover of the seldom-seen "Form No. 62-17", a folding brochure issued by Kaiser/Willys in 1962, advertising the CJ-3B. It was one of the few attempts to do anything more than the minimum necessary to promote the 3B, the economy model of the Jeep Universal line which also included the newer CJ-5 and CJ-6. The Jeep on the cover has the fresh air intake hole on the right side, used for the new-style heater being put in some 3B's in the early sixties. 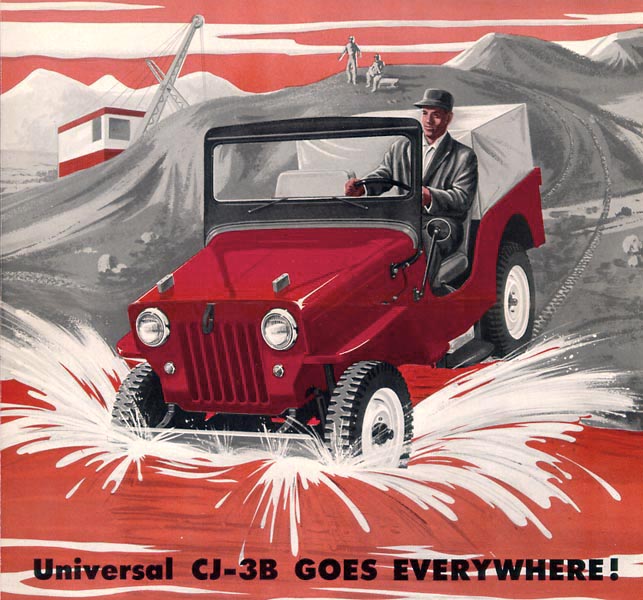 More stylish than Willys' earlier brochure, 62-17 was still aimed more at the industrial than the consumer market. The dramatic artist's illustration in the centerfold, showing a 3B splashing into a water crossing, has an excavation site rather than a fishing camp in the background.

Flanking the illustration are two sets of three photographs (below). The bottom left photo appears to possibly be the model for the drawing on the cover. Two of the other photos were later provided to an advertising agency by CJ3B.info for use in a series of Jeep magazine advertisements in 2002. 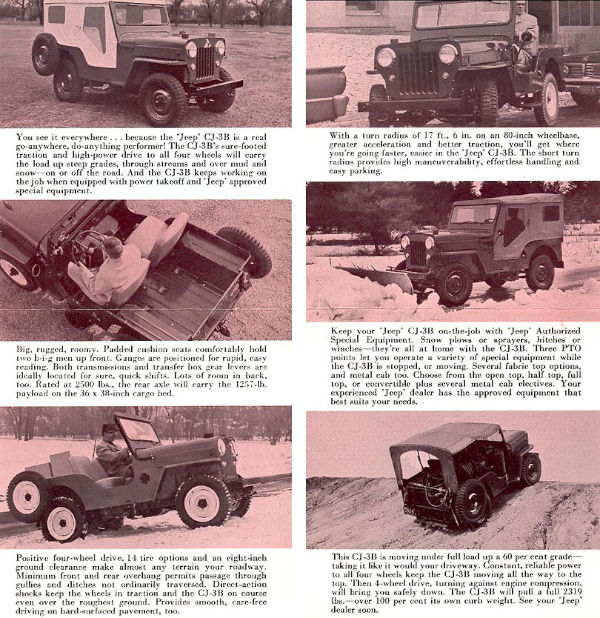 Text in the photo captions includes the following: 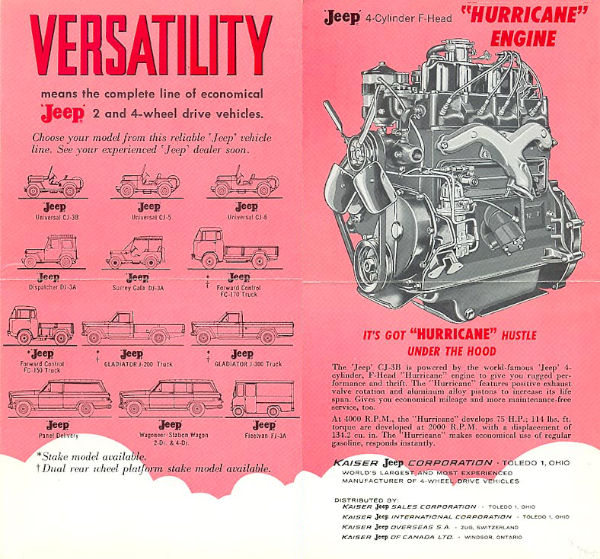 Brochure 62-17 also includes a detailed illustration of the Hurricane engine, and drawings of the entire Jeep line for 1962.

In the drawings it's interesting to see just how small the Forward Control FC-150 and the Fleetvan FJ-3A really are, in comparison to the newly introduced Gladiator and Wagoneer. -- Derek Redmond


The only other deluxe CJ-3B brochure was produced back in 1953 for overseas customers by the Willys-Overland Export Corporation.