This fire service conversion of a 1954 Willys truck was photographed by Bart McNeil, who describes how he found it: "In late July 2000 I ran across a flyer for an auction about 30 miles away from my cottage in central New York. It mentioned a 1954 Jeep fire truck with low mileage. Thinking it might be a CJ fire truck I went to the viewing the day before the auction -- it was a blistering hot day. The Jeep turned out to be a standard Willys-Overland pickup truck, which was modified locally as a fire truck by the Hartwick, New York Fire Department." 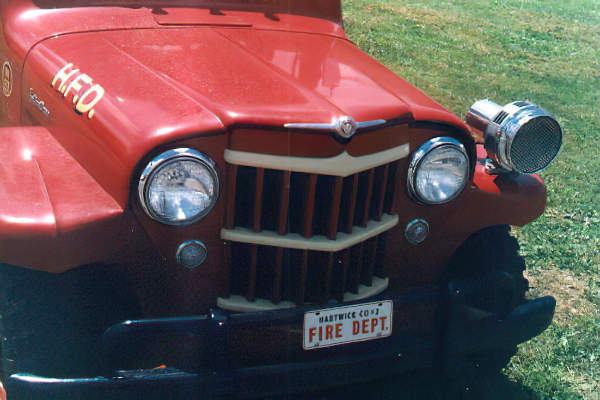 The truck was neatly modified (note the spotlight mounted above the rear window, to illuminate either a fire scene or the bed of the truck.) It has been beautifully preserved by HFD Company No.2, despite having probably fought quite a few dirty brush fires in its many years in service.

Click any photo to see a larger version (40K JPEG). 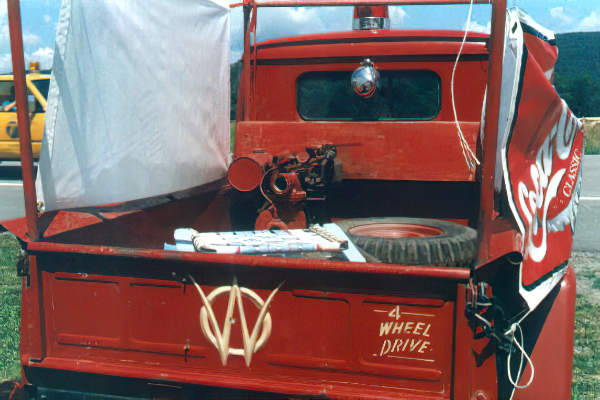 A gasoline-powered pump was in the bed of the truck, which Bart says was the only part of the vehicle showing any wear: the paint was worn off in a few spots where equipment had rubbed against it. Other equipment sold with the truck included two fire extinguishers, a siren and rotating beacon light, a spotlight and a radio. Ladders and a hose reel had been removed, presumably to be kept in service by Hartwick.

The rear of the truck shows a nice original example of the early "4 Wheel Drive" stencil. 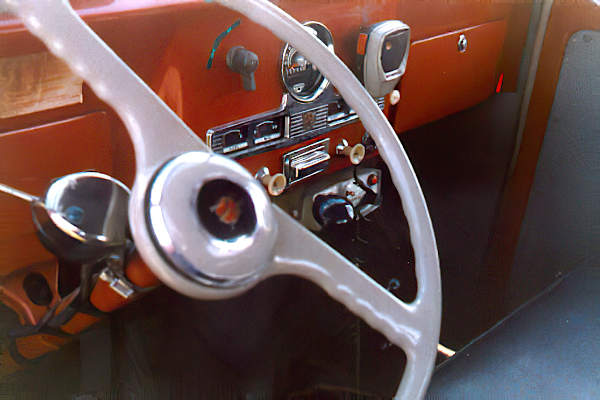 Other than the minor wear described above, Bart says the truck "looked like it came out of the dealer's showroom yesterday. Even the W-O floor mat showed no wear. It had 5300 miles on the odometer.

"It sold the next day for $5200. Who says there aren't great Willys vehicles out there at reasonable prices?" 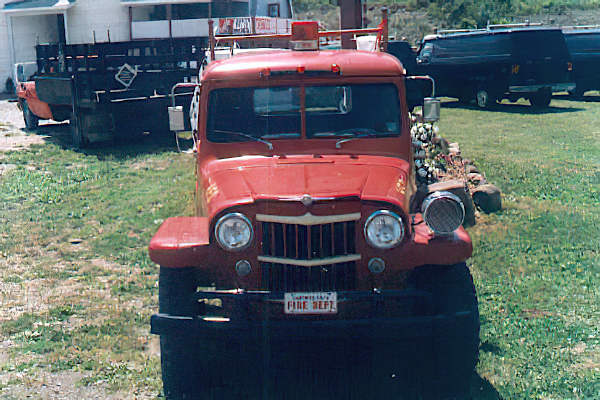 Any further information on this truck is welcome. Thanks to Bart for grabbing the photos. -- Derek Redmond