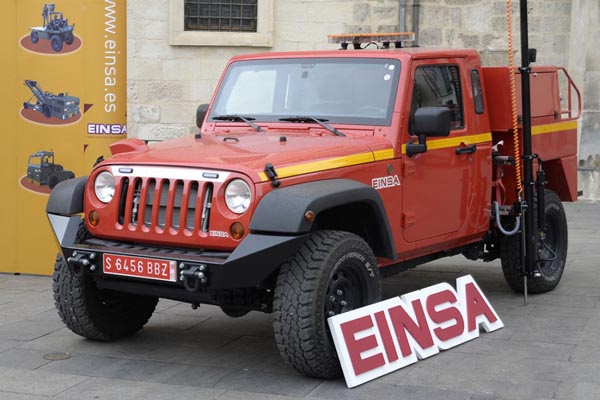 EINSA is a company manufacturing ground support equipment for aviation, in Madrid, Spain. They have identified a demand for 4x4 vehicles which they are meeting by importing and modifying the Jeep J8, for sale in Spain and potentially worldwide (given their success in selling equipment to airlines and air forces around the world.) 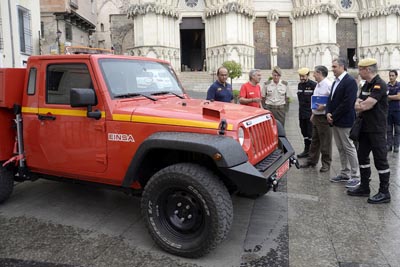 In July 2016 EINSA introduced the VIR, at a press conference in Cuenca, east of Madrid. In addition to the press and the Mayor of Cuenca, they had representatives from civilian and military fire brigades on hand to assess a demonstration of the mini-pumper on the steep, narrow streets of the old town of Cuenca.

Thanks to Las Noticias de Cuenca for the photos of this event. 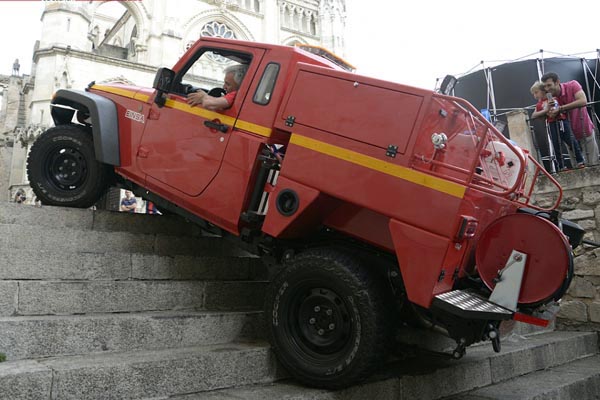 The VIR, fully equipped and carrying 1,000 liters (264 gallons) of water, was driven by local celebrity and all-terrain rally champion Manolo Plaza. The granite pavement and steps were slippery due to rain, but the Jeep made it up the stairs to the town square on the second attempt, to great applause. 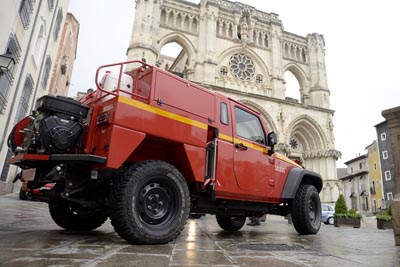 The VIR is based on the Egyptian-built Jeep J8, which is marketed through JGMS (Jeep Government and Military Sales.) Its pump is mounted on an extended rear bumper, which also carries a hose reel with 50 meters (164 feet) of light hose.

Cuenca Cathedral, seen in the background here, dates from the year 1270. 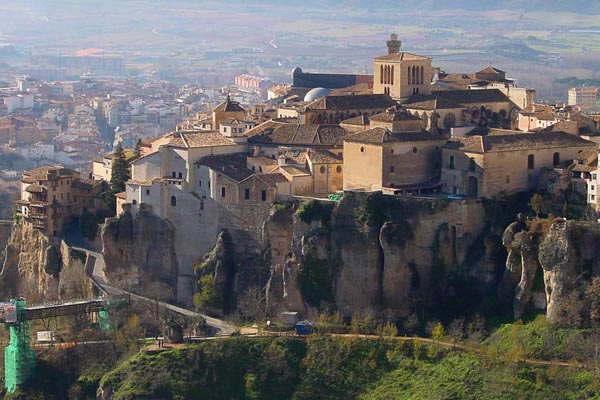 The walled town of Cuenca, one of the oldest cities in Spain and a UNESCO World Heritage Site, is home to the famous Casas Colgadas ("Hanging Houses") seen on the left in this photo. Dating from the 15th century, they are built on the edge of the cliff above the Huecar River gorge. 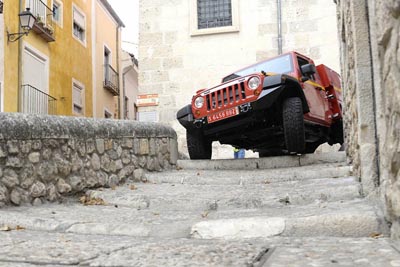 I visited a number of old cities in Spain and France in the fall of 2016, and I can vouch for the potential value of having a mini-pumper like the VIR available there.

EINSA is also marketing the Jeep as a brushfire unit, and included a demonstration in a rural area outside the town, during their visit to Cuenca.

I'm interested in hearing about any of these units going into service.

Thanks to Las Noticias de Cuenca for the photos, and to El Deporte Conquense and defensa.com. -- Derek Redmond