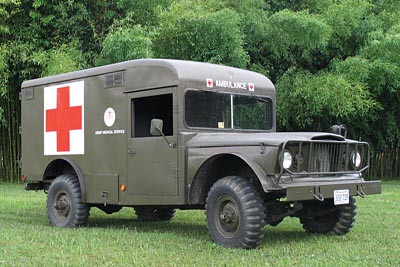 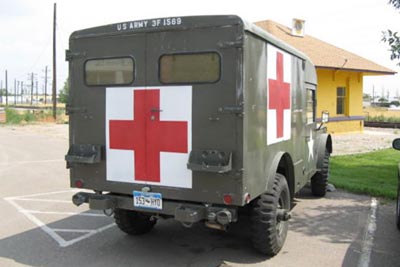 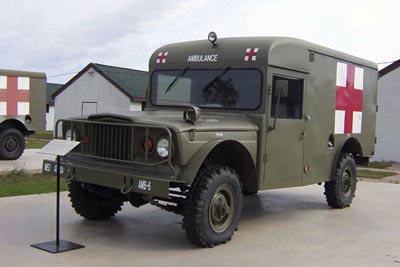 This restored truck is displayed at the Minnesopta Military Museum, at the National Guard's Camp Ripley near Little Falls MN. It was donated to the museum by Preston and Kate Smith, and restored by Jerry Ryan. 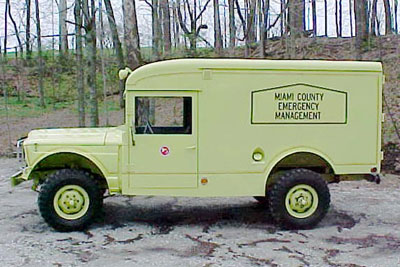 Many surplus M725 ambulances went to municipal emergency services across the U.S. This one was painted in safety yellow by Miami County Emergency Management in Indiana. It had been formerly owned by the U.S. Forestry Service, and was acquired by Miami County as surplus in 1996, with an odometer reading of 7615 miles. It was retired from service in 2000. 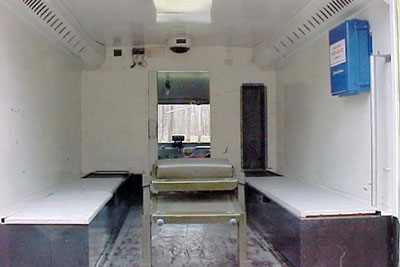 The cavernous interior of the Miami County truck shows its potential as a command center or a rescue equipment truck. Use as a civilian ambulance would be unlikely. 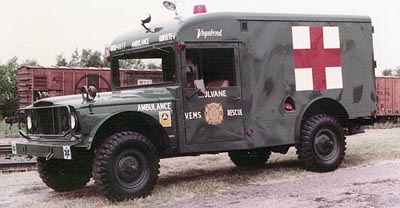 Mulvane Emergency Services in Kansas kept their M725 known as "Hawkeye" (right) in military-style paint until they sold it in 1987.

Thanks to the photographers. -- Derek Redmond