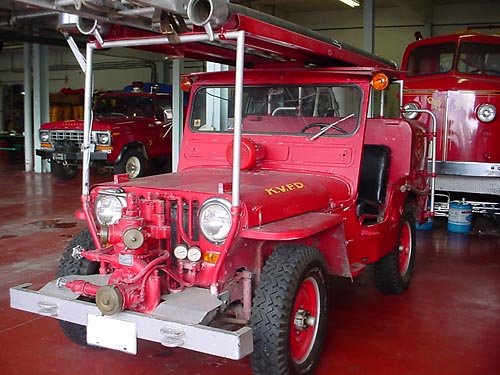 This CJ-3A equipped as a fire engine by Howe Fire Apparatus in 1952, was purchased in early 2003 by Terry Clark, from the Kitimat Volunteer Fire Department in northern British Columbia, just south of the Alaska panhandle. The Jeep had been retired for some years, in running condition with 13,695 miles on the odometer. 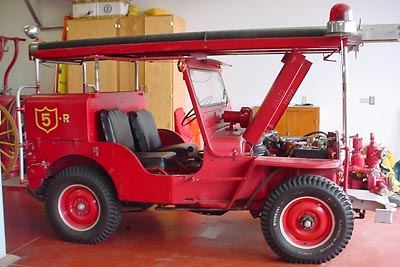 The original tires had been replaced, and it appears that a new front bumper was fabricated at some point, but the Jeep is largely in original condition.

Terry comments, "The Go Devil L-134 engine (100K JPEG) starts without a problem. The fire hall mentioned that they had to charge the battery once in a while -- not bad for not using it that much." 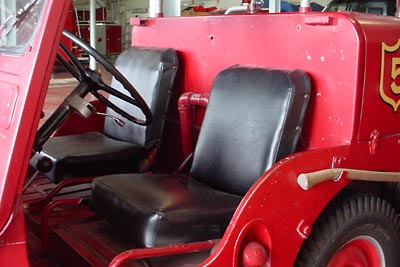 Terry also says, "The Jeep needs work; the floors are starting to rust out, it needs a new paint job, and the pump has a hole in the bottom of it. My plans are to restore to original."

The Jeep was in fact originally purchased by the Alcan aluminum plant, the main industry in Kitimat, where it would handle any minor fires. It was retired in about 1980 to the care of the KVFD. 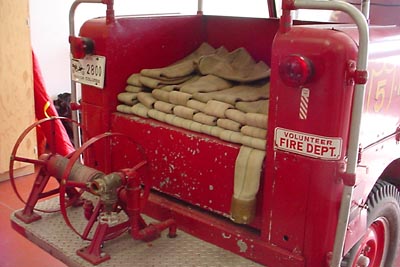 The rear platform carries a small-diameter hose reel; we're not sure whether it's original or a later addition. The taillights high on the body appear to be a modification; note the original wiring holes lower on the body. 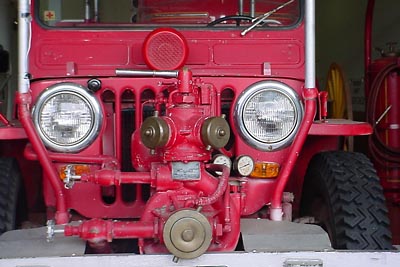 The front parking lights have been replaced with rectangular marker lights. The Barton pump, built by American-Marsh, is driven from a driveshaft connected to the crankshaft pulley. See a closer view of the Barton serial number plate (40K JPEG) showing type U40 and number C98867. 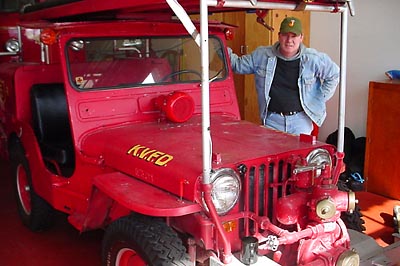 Terry is quite pleased with his find, and looking forward to restoring it.

Thanks to Terry Clark for the photos and details. -- Derek Redmond