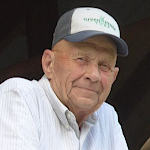 John Ittel of College Corner, Ohio, bought his first vehicle in 1956, when he was 16 years old -- a 1948 CJ-2A Jeep -- and he estimated he owned 20 or 30 Jeeps in the years since then. John did full restorations on several of them, including his Green Prairie Farm Jeep CJ-3B, and he also restored auxiliary equipment including a plow, trencher and post-hole digger. The demonstration of special equipment Jeeps at his turf farm was a popular part of the annual Willys Jeep Rally in nearby Hueston Woods, Ohio.

John worked for Cincinnati Bell Telephone Company for thirty years, while farming a small farm and later a larger one. He was an elder in the church, played the baritone horn, and was a 4-H leader. He was a humble and generous man whose contributions to CJ3B.info include his detailed description of the Koenig R100J Crankshaft Winch. John passed away on 10 November 2020. He will be sorely missed by everyone in the Jeep community, and we extend our sympathy to his wonderful wife Phyllis and all of his family. 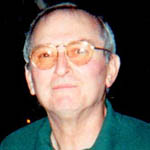 Joseph E. Caprio, 76, of Lock Haven, Pennsylvania, passed away 5 August 2019 at his home. He was born in Lock Haven in 1942, and following high school trained as a draftsman and began a career which included many years at Piper Aircraft.

Joe was a past member of the Military Vehicle Preservation Association, and will be remembered as a discriminating collector, an exacting restorer, and someone who was happy to assist and encourage others in the hobby. His award-winning US Navy CJ-3B was one of the first military Jeeps to be featured on this website. His interest also extended to civilian Jeeps, and the story of his exceptional CJ-3A farm Jeep was told here in From Broadway to Halfmoon Valley Road. 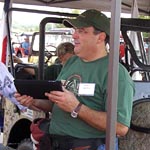 Jamie Powers passed away at home in Houston, Texas, surrounded by his family, on Sunday 5 May 2019. He was one of the founders of the Houston Area Flat Fenders group, and he and his family enjoyed going to Jeep shows and parades in his unique 1963 3B.

After an early career in horticulture, Jamie went on to spend 30 years in sales for the graphics printing industry (which also led to him wrapping his Jeep in camouflage vinyl in 2009.) He and his wife Ann had three children, and Jamie was a true family man. He loved camping and hunting, and was active in the Baptist Church.

Many of his friends have vivid memories of Jamie helping his neighbors during and after the flooding caused by Hurricane Harvey in 2017, while at the same time rebuilding his own family's home. He was also a great supporter and contributor to The CJ3B Page, and in 2014 wrote about driving the CJ-3B on the sand with Ann at South Padre Island. 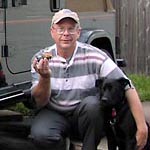 We unfortunately did not hear for quite some time that Mike Albright died on 31 March 2013 in Sugar Land, Texas, after a struggle with cancer. One friend commented, "Being Mike, he was really interested in the proton therapy system and the treatment process."

After getting a Ph.D. in chemistry from Wayne State University, Mike worked in research and medical imaging. He devoted his life to his family as well as his work, and is survived by his wife Irene and two daughters Laura and Christa. He enjoyed traveling with his family, and made friends wherever he went.

Mike loved his Sahara YJ Wrangler, and Sahara Wrangler Toys was among the many articles he wrote in the early days of the "Toy Jeeps Pages" of CJ3B.info. He also wrote Coke Jeep Toys, although his own beverage of choice was a craft beer. We hope he's enjoying a nice dark ale now. 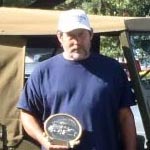 Bruce Agan, a gracious contributor to CJ3B.info, died in June 2016 after a short battle with cancer. Bruce, who lived in Iowa, was a devoted family man, a very nice guy, and a font of information on Jeeps, particularly the DJ-3A Dispatcher and Surrey Jeeps. As Glenn Byron once put it, "Bruce has forgotten more than most of us know about the little Surreys." He generously provided material from his collection for our pages on Surrey Gala Jeeps.

He was born January 28th, 1957. Like a number of other members of his family, he served in the military (U.S.Army), and later worked as a locomotive engineer for the Chicago and Northwestern Railroad until an injury in 1988 ended his career.

CJ3B.info has featured the stories behind Bruce's own DJ-3A Surrey and M38. The M38 restoration was dedicated to two cousins who died in the Korean War, and Bruce later restored a CJ-2A in memory of his son Bradley who was murdered in 2008. Bruce is survived and greatly missed by his wife Linda and his children Sara, Abbie and Blayne, as well as many other family members. 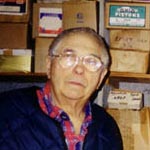 Morris Ratner, The Jeepsterman, was a helpful friend to many collectors of Willys and Willys-related vehicles. His expertise in finding and providing parts for the vehicles was unsurpassed. Glenn Byron recalled, "For many years he was the sole source for things Jeep no longer produced. His ability to convince suppliers to tool up and market delisted items was uncanny. He knew our vehicles inside and out and his advice has guided so many of us through difficult projects. Other Willys suppliers have followed his lead and we can only hope our prized vehicles can continue in his memory. Morris's daughter has been working hard to fill his shoes at the store in Howell NJ."

The Asbury Park Press in September 2009 noted that Mr. Ratner was born in Brooklyn, New York, on May 31, 1921, where he was raised until he moved to Howell, New Jersey. He was a proud veteran who served his country during World War II and volunteered as a local firefighter. Morris and his wife Mildred started a family and ran a successful poultry farm for 10 years on their property in Howell. After 25 years of holding various positions at McGuire Air Force Base, he retired in 1981. Mr. Ratner was predeceased by his wife Mildred in 2006. 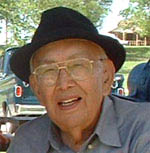 Steve Duke told us about the 2008 death of Guadalupe "Lupe" Gutierrez, owner of Lupe's Parts Co. in Houston, Texas. Steve says, "He was a neat old guy to talk with, a vet, and a wealth of knowledge about Jeeps. He conducted business in a casual, knowing way that made the drive into Houston well worth it every time."

A farewell in the Austin American-Statesman in September 2008 mentioned that Guadalupe G. Gutierrez was born in 1919 in Bastrop, Texas, and drafted in 1942 into the U.S. Army to fight in World War II. After desert training in North Africa, he went to Naples and fought combat with the 5th Army in Italy. In June 1945, he was honorably discharged. He was the recipient of 2 Bronze Stars, the Oak Leaf Cluster, Combat Infantry Badge, and Good Conduct Medal.

Lupe returned to Bastrop, Texas and later moved to Houston where he married his wife, Lupita. They were married for over 60 years. He started working for Woody's Jeep Company in 1945 and retired as Parts Manager in 1984. Shortly after retirement, he opened his own Jeep parts company, Lupe's Parts Company. He served many customers from all over the United States until his recent admission to the hospital. The greatest joys in his life were his family, his love for God and his Church. Guadalupe was preceded in death by his beloved wife Lupita.

Let me know of anyone else we should mention on this page. Thanks. -- Derek Redmond