This article from Jeep World magazine, January 2001, is another multi-page retrospective on the Jeep CJ-3B in a British magazine. It was part of a larger series by Mark Askew, who owned a CJ-3B himself. As European articles do, this one leaned heavily toward the overseas licence-built versions. The article appeared in Issue 25 which is now sold out as a back issue, but I have saved the opening two pages below. -- Derek Redmond 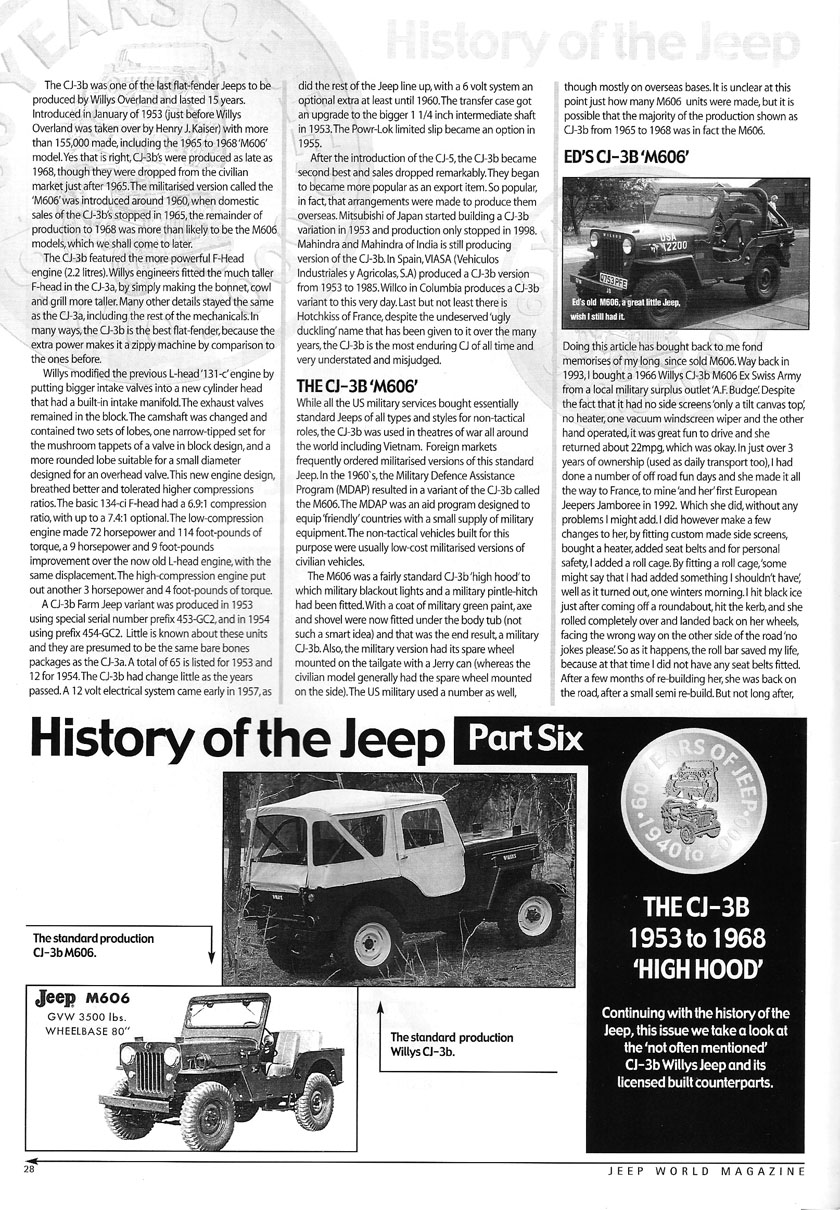 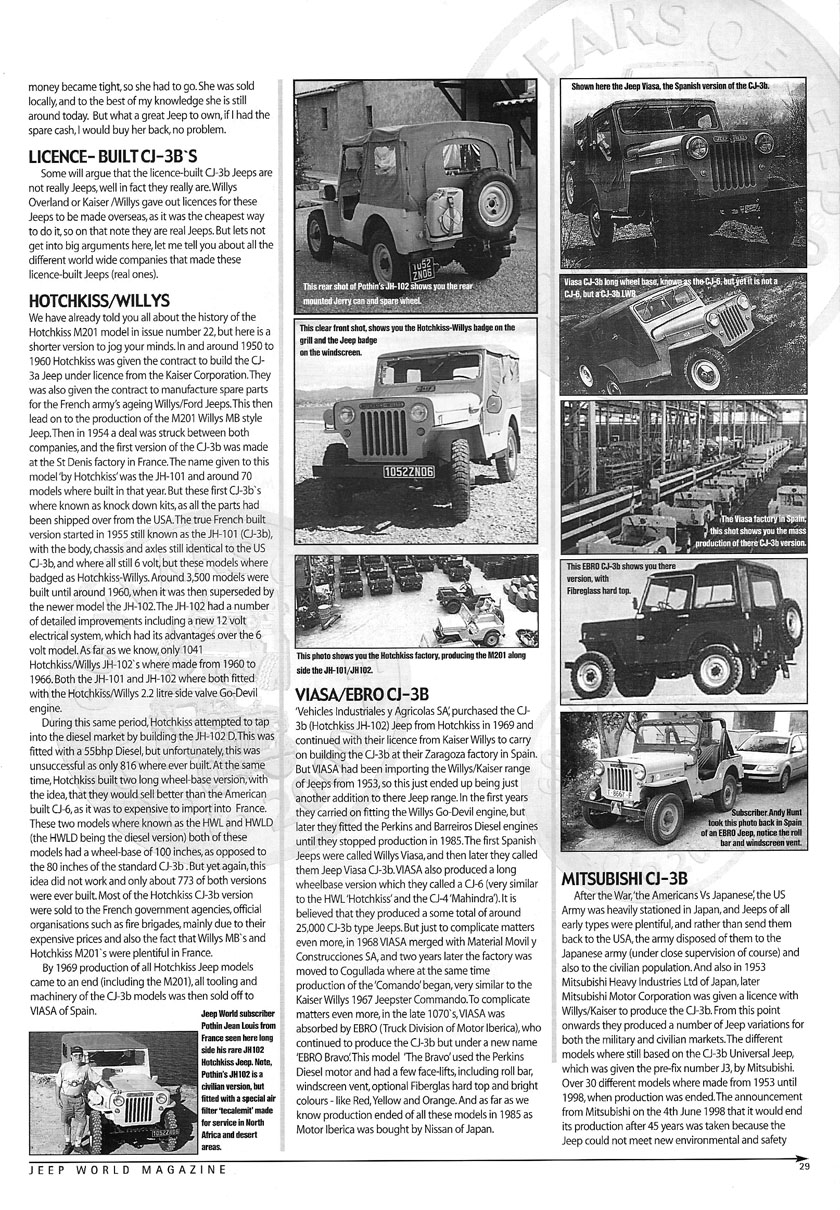