Jim Allen wrote a number of columns for Off-Road Adventures magazine under the heading "Old Iron".

A July 2003 column celebrated 50 Years and Counting: The Legendary Jeep CJ-3B, with small versions of some of Jim's photos of well-known 3B's including John Hubbard's "restified" '54 (left).

A November 2004 column "Jeep Made in Japan" featured a 1954 Mitsubishi CJ3B-J3 owned at the time by Herb Huddle: 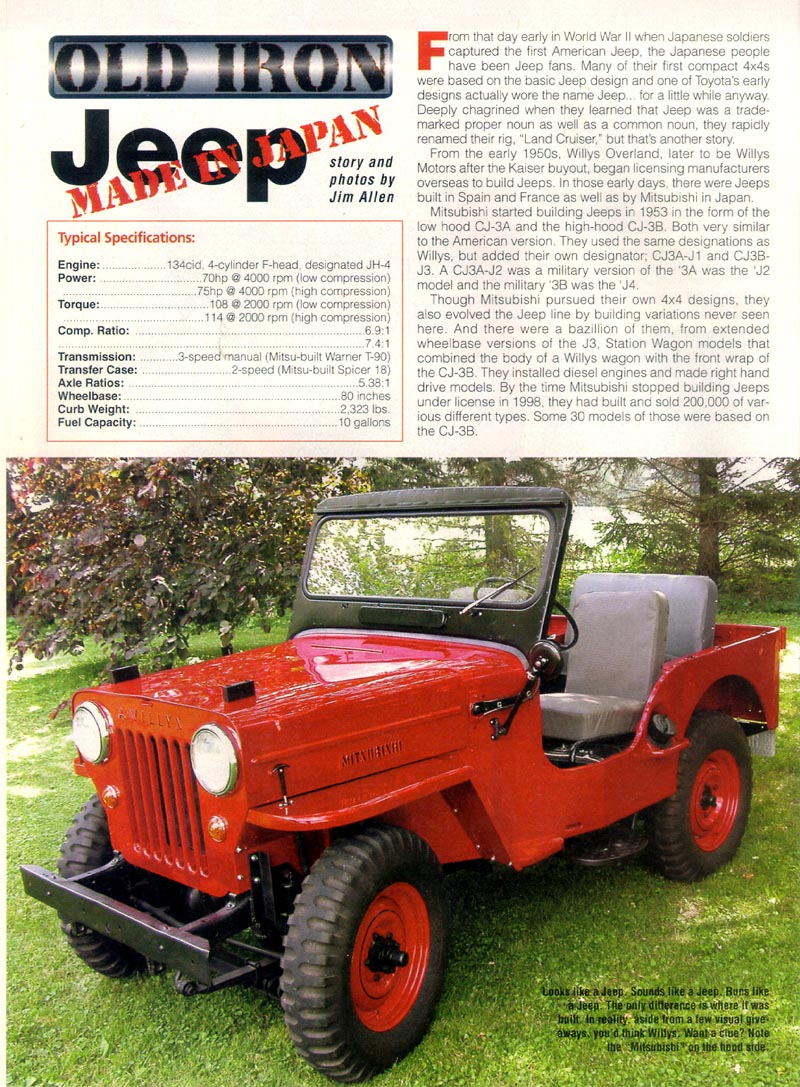 Thanks to Jim Allen and Off-Road Adventures for allowing me to republish this column. See more about this Jeep in Mitsis Get Around on CJ3B.info. -- Derek Redmond