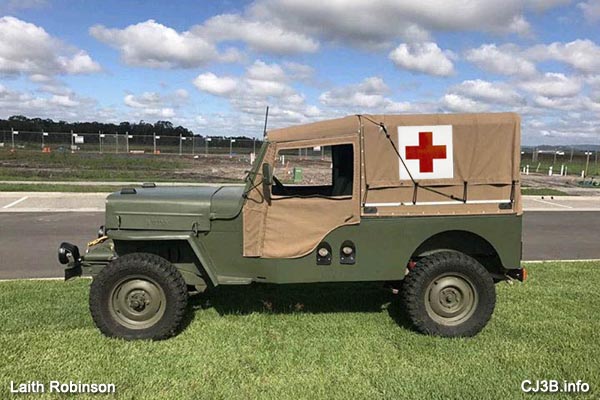 As reported in The 1958 Australian Army CJ-3B Trials on CJ3B.info, the Willys CJ-3B was rejected as the Army's 1/4-ton reconnaissance vehicle, but apparently some of the Australian long-wheelbase CJ-3BL conversions were purchased to serve as field ambulances. These photos show a recently restored example, with a diesel engine.

Note: the canvas top does not actually carry the red cross. I added it to this photo to show how it may have looked in service. 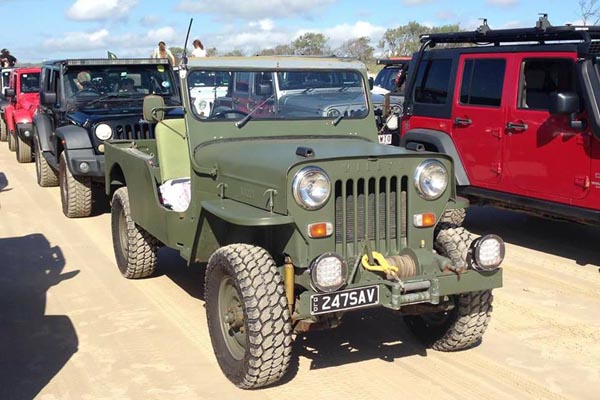 Owner Laith Robinson says, "This car was previously an ambulance for the Army and has been restored well. Runs perfectly, just needs a couple of leaks sealed. Great car that I am sad to be selling. Has a spare engine and gear box among many spare parts."

Note: As of 2018 Laith had the Jeep listed for sale in Australia, and it has apparently been sold. 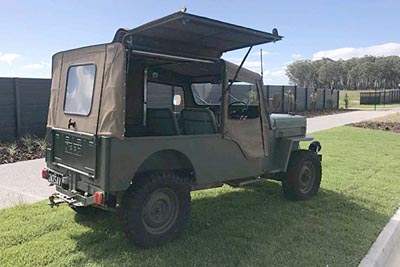 A brilliant feature of this conversion is the opening side panel on the canvas top. 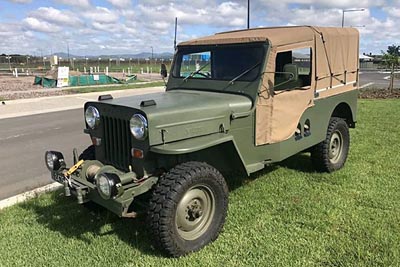 Other details included which indicate somebody put some thought into this Jeep's configuration, are the front PTO winch and the twin gas tanks. 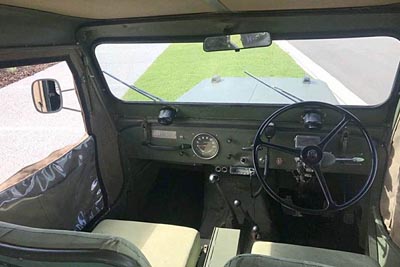 Of course, in addition to the extra length of the CJ-3BL, the Willys Australia modifications included right hand drive, and the new parking brake handle, which did not appear on the CJ-3B in the U.S. until 1961.

See also the interior from the tailgate (60K JPEG) 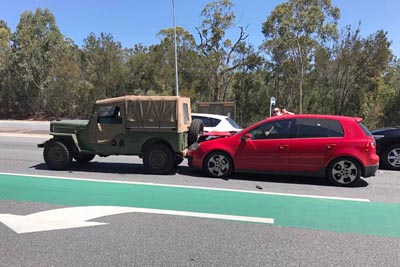 A funny (although not at the time) footnote to Laith's ownership of the Jeep was this rear end collision. Laith says, "This happened just after picking it up on November 2, 2016."

See a closer view (120K JPEG) of the damage. The spare tire took the impact on the Jeep!


Thanks to Laith Robinson for the photos. -- Derek Redmond

The RAAF did use the standard civilian CJ-3B -- see Royal Australian Air Force Jeeps on CJ3B.info.