Rob Baens has restored a military Jeep CJ-3B rescued from a junkyard in the Netherlands, and seen pulling a 1943 Bantam trailer in the photo above. Its serial number indicates it's a 1962 model.

Rob believes it was used by the U.S. Army before being sold to a farmer in Switzerland, but it has similarities to other CJ-3Bs used by the Swiss Army. 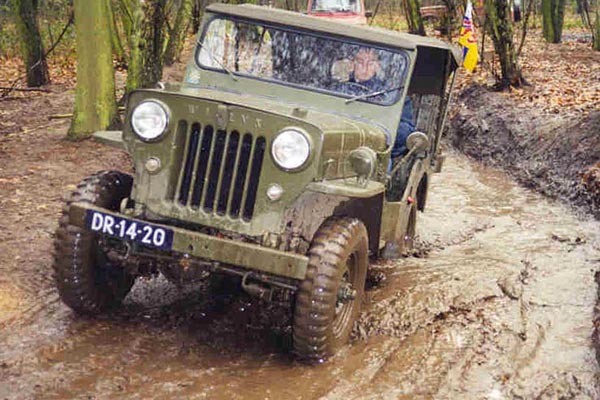 Rob says, "After a while, it was transported to the harbour of Rotterdam, where it we found it, situated on top of a junkyard. It took us over 2 years to restore it.

"This picture was taken on a 4WD-weekend last December. The trail was very rough, but we didn't have any difficulties with it. In fact, the Jeep was the only vehicle which didn't get stuck in the mud." 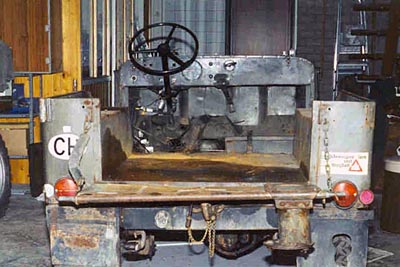 This was the Jeep's condition when found by Rob Baens and Urban Luijkx in a junkyard in Rotterdam. Note that it does have the distinctive Swiss Army spare tire mount on the tailgate. 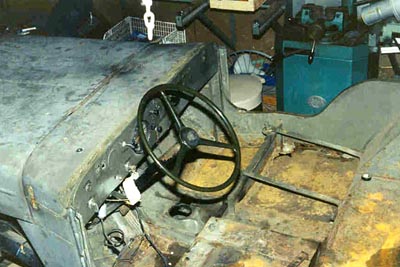 "We found it without front fenders, engine, gearbox, seats and windshield. They were with it, but all not attached to the rest of the Jeep." 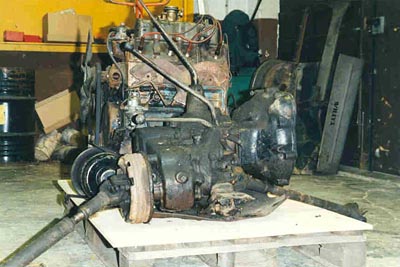 "The engine and gearbox were not in the Jeep, but on a pallet. We completely restored them as original." 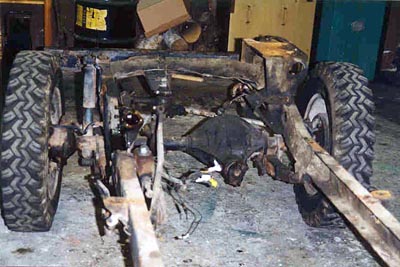 "The chassis was also a mess, you can see this yourself." 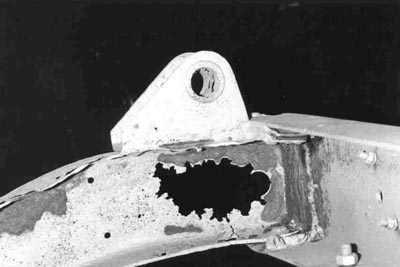 "After we had sandblasted the chassis, we discovered such holes as this one. So it was necessary to make new components and parts of the chassis." 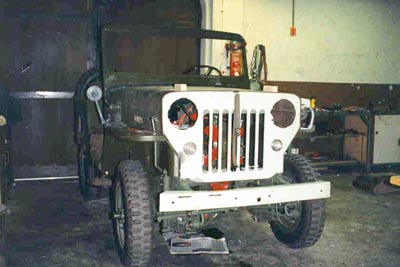 "This was when we were putting it back together, but it wasn't finished yet. There still weren't headlights, radiator, glass, etc." 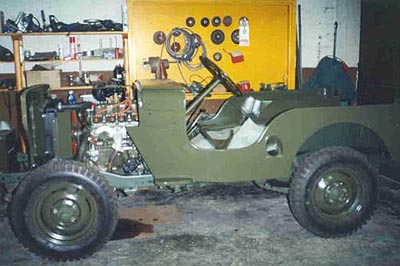 "In this stage, we were rebuilding it after it was completely taken apart. The interior wasn't placed yet into the body. The paint is very shiny: there was still a wax layer on it, but this layer vanished after a few weeks of using it. The body is a story of its own, because there was little of it left. We made a lot of the parts ourselves, and also parts of the chassis had to be replaced by new pieces." 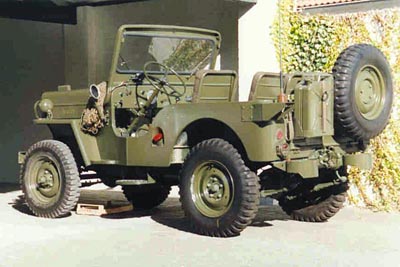 "Here, the Jeep is almost finished. We were replacing the tires from 6.00x16 to 7.00x16 because this is original for the M606 versison. You can still see the 6.00x16 tires on the front axle. Also the blackout light is shown on the left front fender. On the windshield the vacuum-operated windshield-wiper on the driver side and the hand-operated wiper on the passenger side are shown." 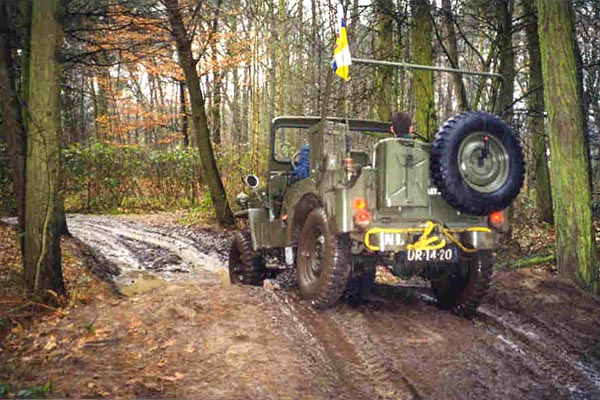 "We installed a radio receiver/transmitter in it, from the same year as the Jeep."

The rear of the Jeep carries the radio antenna as well as a jerrycan and rear-mounted spare, and a shovel and axe are mounted on the passenger side (45K JPEG).