The 1977 film 3 Women puzzled many people when it first came out, but most critics have come to agree that it's kind of a quirky masterpiece. It's a slow, dreamlike character study, loaded with symbolism and with annoyingly dated flute music on the soundtrack. It's also a bit of a change from some of the starring roles for Jeeps we've uncovered lately in The CJ-3B in the Movies, because the CJ-3B appears in only a few fleeting shots. In fact I would guess that most people who like to spot Jeeps in films wouldn't even last through the 41 minutes it takes to get to the only action shot:

Set in the California desert, the film is the story of the relationship between Millie and Pinky (Shelley Duvall and Sissy Spacek, both of whom are excellent and won major acting awards for their performances.) The third woman of the title is the local artist Willie (Janice Rule), who is pregnant and is generally on the periphery of the story. 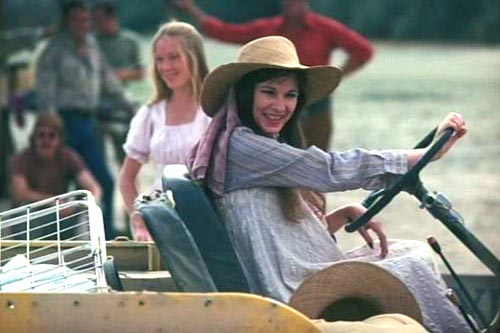 Willie also owns the Jeep, and actress Janice Rule is seen here posing in the driver's seat, in a production still taken by set photographer Sid Baldwin. A large number of his photos are included on the DVD release of the film, along with interesting commentary by writer/director Robert Altman, and good reproduction of Chuck Rosher's hazy cinematography. 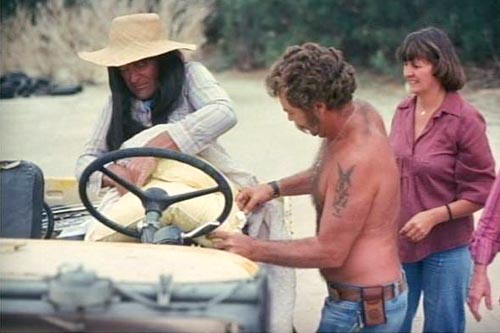 My favorite still photo is one that maybe shows us more than we really want to know about moviemaking. The stand-in who actually drove the CJ-3B in the film is having pillows stuffed under his dress to better represent the pregnant Willie.


Thanks to Jamie Carter who remembered seeing the Jeep in the film years ago. (Which I didn't recall, although I did remember seeing the film in its theatrical release.) -- Derek Redmond