Mahindra Police Jeeps in the Movies 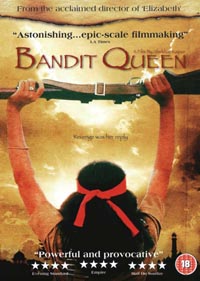 Bandit Queen (India, 1994) is based on the true story of lower-caste heroine Phoolan Devi, who was portrayed in the Indian press as a modern-day Robin Hood while she was hunted by police in the northern states of Uttar and Madhya Pradesh, in the early 1980's. The film is quite graphic and violent, and apparently takes some liberties with reality. 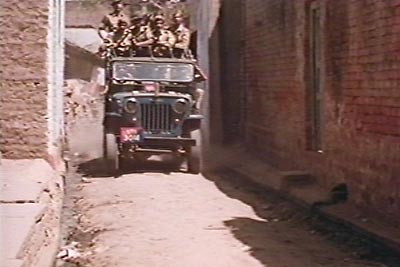 A lengthy sequence in the film shows a squadron of police in Mahindra Jeeps pursuing Phoolan Devi and her bandit gang after their first raid on a town, in which they steal from the rich but protect the poor. 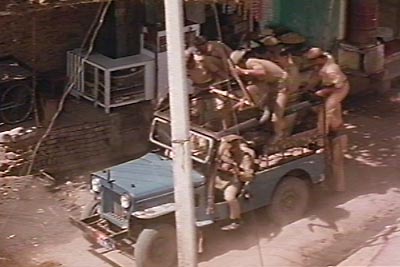 Each long-wheelbase Jeep carries up to eight paramilitary policemen. 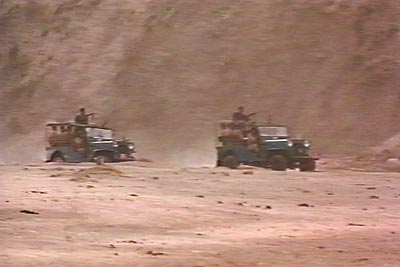 Mary Anne Weaver wrote in The Atlantic Monthly in 1996: "For eight centuries India's dacoits (bandits) have been imbued with roguish romance. But none was more romantic -- or roguish -- than Phoolan. 'For every man this girl has killed, she has slept with two,' a police inspector told me at the time. 'Sometimes she sleeps with them first, before she bumps them off.' The imagination of an entire nation had been captured by Phoolan." 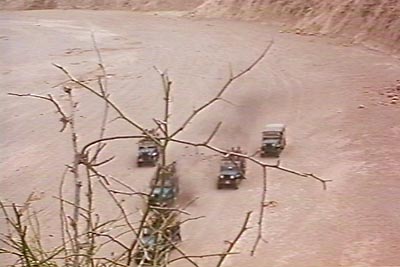 The phalanx of police Jeeps is unable to catch Phoolan Devi this time, as the gang melts away into the ravines. But at the end of the film she makes a pre-arranged surrender to authorities in 1983, in front of a cheering crowd.

After a decade in prison without going on trial, the real Phoolan Devi was released and was later elected to India's parliament. She was shot dead in 2001 by unknown assailants outside her home in Delhi.

See more Mahindra police Jeeps in Cops in CJ-3Bs in the Movies and in Alluda Mazaaka!. -- Derek Redmond