CJ-3B in an Icelandic Movie

As well as being the first Icelandic film nominated for the Academy Award for Best Foreign-Language Film, this 1991 production is one of the great moments in the history of CJ-3B Jeeps in the Movies. 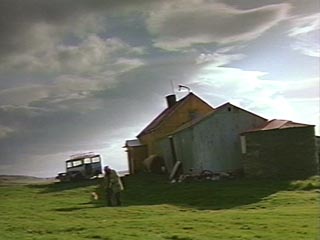 Children of Nature (original Icelandic title Börn náttúrunnar) tells the story of old Thorgeir who has to give up farming and move in with his daughter's family in the city. An early shot shows the skeleton of an old Jeep on the family farm, so we know Thorgeir and Jeeps go back a long way. 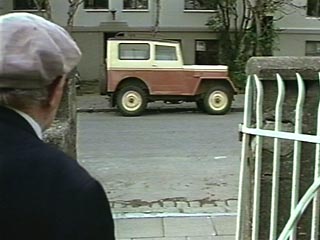 Thorgeir ends up in a nursing home, where he meets Stella, a childhood sweetheart. Stella dreams of returning to the farm where she grew up, now deserted for years, and Thorgeir is also restless. When he spots a Jeep parked across the street he decides it's time for them to take off. Their adopted vehicle is one of the CJ-3Bs beautifully converted into hardtops many years ago by the Icelandic Willys dealer (see Jeeps in Iceland.) 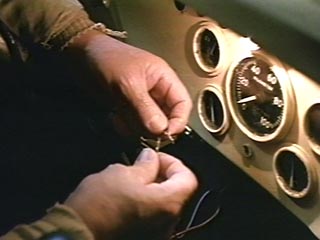 After buying new pairs of running shoes, the two escapees sneak out to the Jeep at night, and after a slight delay caused by a young couple making out on the high hood, Thorgeir hotwires it.

The speedometer on the early-50's dashboard is marked in kilometers per hour. 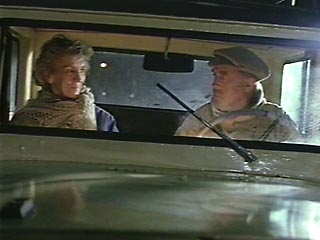 The film, produced and directed by Fridrik Thor Fridriksson, stars Sigridur Hagalin Bjørnsdottir and Gísli Halldórsson as the elderly pair who are soon being pursued by the police. As one person describes it on the Internet Movie Database, "They return to the towns they knew and remember the years together. There are spirits in their mind, and spirits of the ocean who meet them along the way. You get an excellent sense of their strength, knowledge, and experience. There is a fascinating mystical feel to the way the movie plays itself out." 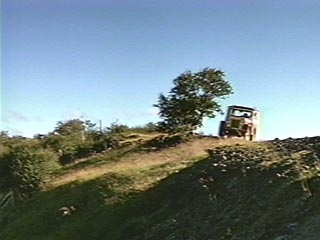 The Jeep is seen driving through some breathtaking scenery, inspiring comments like, "This film is a nice antidote to most Hollywood movies: the stars are nasty old people, the pace of the film is slow, and there are elements of magical realism. It also doesn't hurt that the cinematography is excellent and shows off Iceland beautifully." 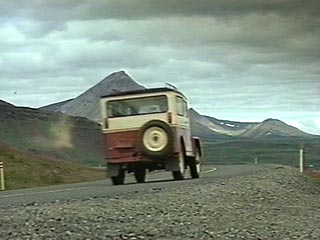 We get a good look at the coupe body, carefully welded to the original tub, and incorporating lots of glass. The roof is made of wooden slats apparently covered with canvas, and has a cargo rack. The spare is mounted on the rear, and the taillights are up high, out of harm's way. 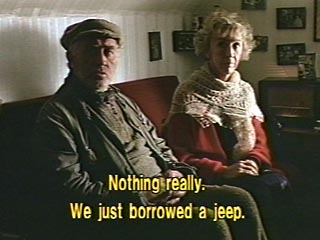 Not everybody in Iceland loves Children of Nature. One IMDB reader who lives there commented, "This film is one of the worst from Iceland. It has one of the dumbest plot lines ever filmed, and everyone who has ever heard anything of Iceland knows that old people are not mistreated the way it's portrayed in this flick. An Oscar nomination... give me a break."

Another said, "Fridriksson made 4 or 5 very bad films since nearly winning an Oscar for this average but entertaining film. And he never really made anything good before this. It's a shame that he runs the Icelandic film industry single handedly." 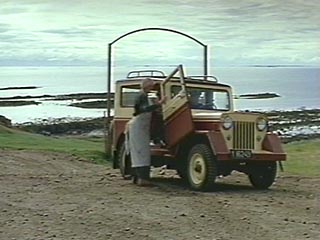 Nevertheless, Fridriksson gets top marks for putting one of these distinctive Jeeps into a starring role in his film. Together with the stunning scenery, it puts an Icelandic stamp on what is really a universal kind of story.

As they are getting close to their destination, this shot reveals the unusual angle at which the Jeep's doors are hinged, as well as the beautiful interior finishing and the front fender skirts. 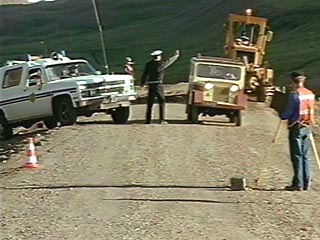 At one point Thorgeir barrels his way through a roadblock and is briefly chased by the police in their truck. The F-head and a little bit of magic keeps the Jeep ahead of the law. 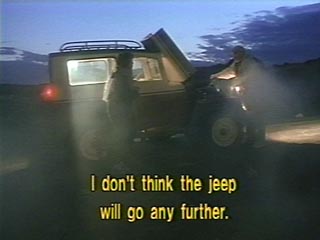 But the engine finally can't take any more, so Thorgeir and Stella have to abandon the Jeep and finish their journey by foot and by boat. We catch our last glimpse of the Willys as it stands in the road at night, unable to go on but with its headlights proudly illuminating the path as the couple walk on. 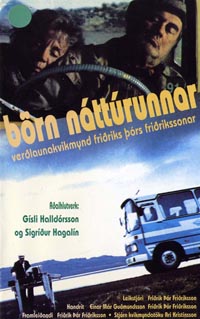 I forget who first told me about Children of Nature (original Icelandic title Börn náttúrunnar), but I'm guessing that it must have been Magnus Sigurjonsson in Iceland, who also provided most of the text and photos for our Jeeps in Iceland page.

Because of the Oscar nomination, this film should be a bit easier to find than the Spanish film Scent of Vengeance, which I have called The Ultimate CJ-3B Movie. -- Derek Redmond