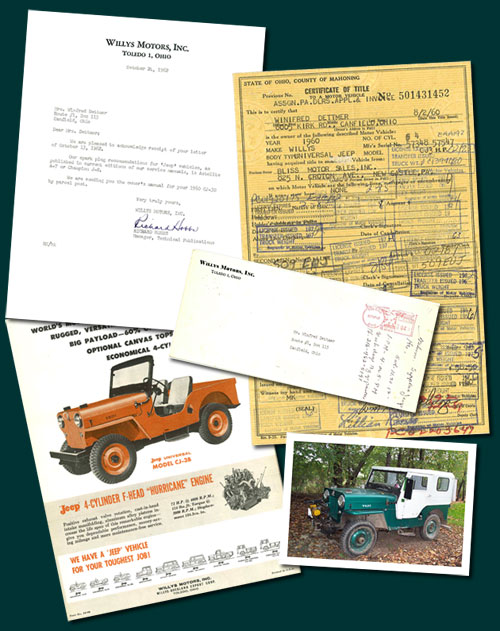 In late 2007 Doug Anderson wrote to say, "Just picked up the proverbial barn find. Original owner bought it to plow his driveway. I picked it up for $3,000. It is 100% original except for the top, plow, and winch. The serial number is 57348 57547 which according to the CJ-3B Serial Number and Engine Number List was the last one off the line in 1959. The engine number is 4J236702. I am in Peninsula, Ohio which is about halfway between Cleveland and Akron."

Along with some photos, Doug sent some documentation saved by the Dettmer family who had owned the Jeep since 1960. An original hand-typed letter from Willys Motors (12K GIF) recommends Autolite A-7 or Chmpion J-8 sparkplugs, and promises to send a replacement owner's manual by parcel post. The letter cost 4 cents to mail, and is signed by Richard Hobbs, Manager of Technical Publications.

The Ohio Certificate of Title (200K GIF) shows the license plates were replaced annually until the state switched to license plate stickers in the 1980's. (The Jeep was regsitered until 2004.) The title also shows the vehicle was purchased from Bliss Motor Sales in New Castle, Pennsylvania in 1960. That dealer is not mentioned in the Willys Dealership Project -- anybody have more information on Bliss Motor Sales? Doug says that the Meyer snowplow, Belleview 6000-pound winch and Warn locking hubs on the Jeep were all installed by the dealer.

There was also a copy of the orange version of the "World's Most Useful Vehicle" brochure, so this would confirm it was still current in the early 1960s. 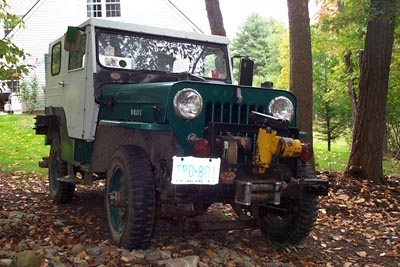 Doug provided more details on how he came to purchase the Jeep: "I have had Jeeps since 1975 when I bought a '69 CJ-5 for plowing. It had the V-6 in it. In 1979 I bought a CJ-2A and did extensive work on it. The 5 finally rusted beyond repair. I removed the drive train and installed it in the 2A. It is a restomod and has been my toy until now. I wasn't in the market for another Jeep but always had my eye out for a 3B. While traveling the streets in the city where I work, I saw a familiar shape sitting in the back yard of a house. I work for the street department so I knew it was a new arrival as I hadn't seen it before. I stopped and rang the doorbell. I talked to the resident and told him my long history with Jeeps and asked if I could take a look at the one in his back yard." 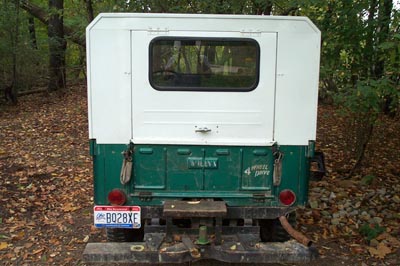 "He took me out and showed me a 1960 CJ-3B in terrific original condition. He told me his father bought it brand new from Bliss Motor Sales. He used it for plowing his driveway and hauling firewood, and it had only 18,988 miles. It originally had the factory canvas top. The top rotted out about 15 years ago and his dad had a Kelly hard top installed. I asked him if the top bows were still around but they had been thrown out. His parents live in Canfield, Ohio. His dad died in 2004. His mother told him it was time to sell the Jeep because it didn't get used any longer. He towed it up to Hudson, Ohio which is where I found it. I gave him my card and said if he ever wanted to sell it to give me a call. A couple of months later it was mine." 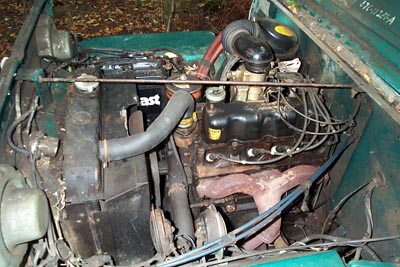 "The only thing really wrong with it was the brakes from sitting. I am in the process of repairing those and replacing some rubber parts that have deteriorated from age. I have removed the winch and am putting it on my 2A. I am going to keep it stock and just touch it up as needed." 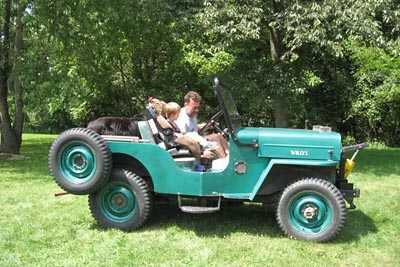 "Here's a pic with the grandson after I got it cleaned up and the top off. We were on a 300 mile round trip to my Mom's house with the dogs."

Thanks to Doug for the photos. Sounds like the Dettmers' Jeep went to a great home. -- Derek Redmond