As seen in the list of Surviving CJ-3B Jeeps, Willys and Kaiser seem to have sold CJ-3Bs to the Swiss Army in almost every year of production from 1953 to 1965. Many of them were later sold to soldiers finishing their military service, or auctioned to the public, and are still on the road in Switzerland and around Europe. One batch came from the very beginning of the 1959 model year, meaning they were built in July 1958. This example of those early 59s is now in southern Germany and has recently been given a new civilian look. 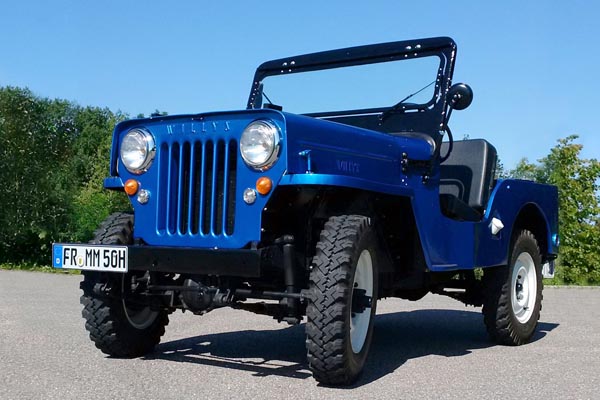 Marcel Martinetz bought the Jeep from a German dealer about five years ago, and says, "It was built in 1958, serial number 57348 48604, and I have no idea when it was retired by the Swiss Army.

"I updated the Jeep with new seats, new electric cables and wipers, new water pump, and rebuilt starter and generator, and drove it for five years with the Swiss Army look (130K JPEG). Last winter the Jeep was repainted in metallic blue and black." 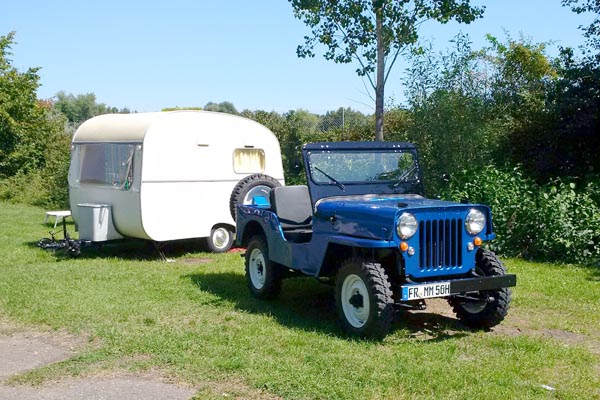 "It's fun to drive and it easily pulls a 1969 Wolf Caravan when I go camping, mostly with friends on weekends, within a radius of 50 kilometers. We have some nice camping places and lakes here in southern Germany."

Note that some, but not all, of the Swiss Army Jeeps have the extra front turn signal lights added. 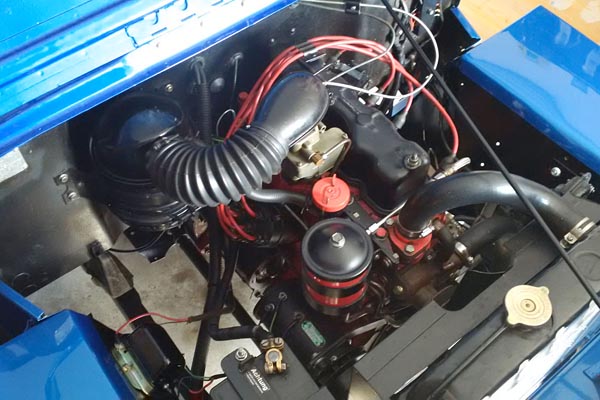 The original engine number, as listed on the Swiss dash plates (170K JPEG) in French and German, was 4J211113. When Marcel got the Jeep, it had been replaced with a 1956 engine, number 4J126587, probably by the Army, and he says it runs well with no oil leaks. 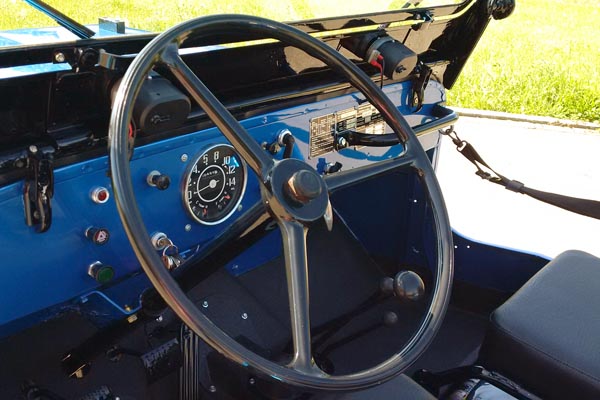 Interestingly, the speedometer marked in kilometers is the early King-Seeley cluster which Willys had replaced with the Stewart-Warner cluster in 1957. So either Willys was still using up some of the K-S kilometer units a year later, or it was an Army replacement.

Marcel bought the electric wiper motors at a dealer for tractors, but most of the parts he needed for the Jeep came from the large German supplier for Jeep parts, Neiske & Pinn. 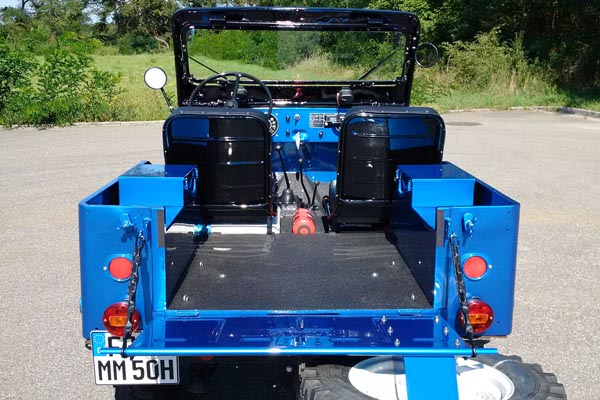 Marcel mounted the toolboxes in the rear for more storage space, and when the Jeep was painted, the floor was coated with polyurethane.

The Swiss Army liked their spare tires on the tailgate, and when Marcel replaced a rusty tailgate he re-attached the existing mount for the spare. 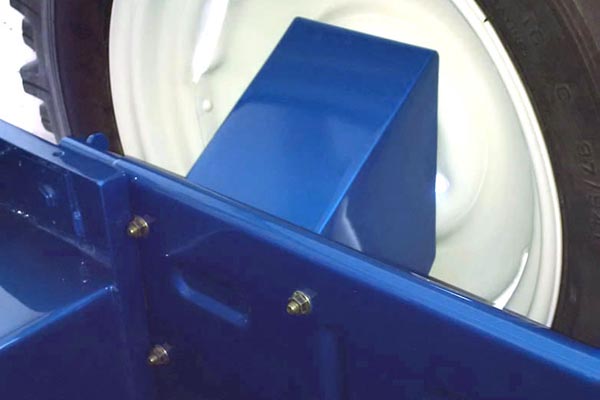 He says, "I know it looks different to the one shown in the Swiss Army Jeeps page, but it was already mounted when I bought the Jeep, so I think it came originally from the Swiss Army." 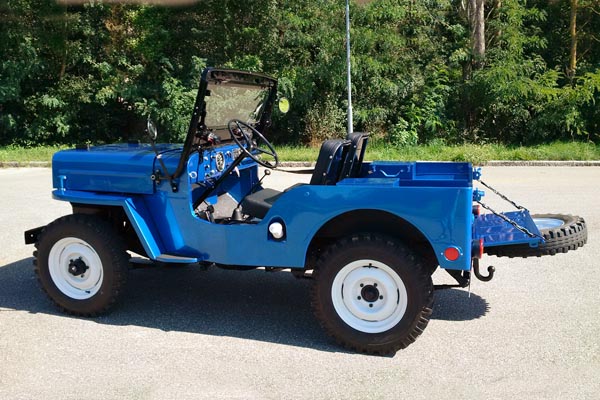 Because the spare is mounted high, the tailgate is still able to fold down.

The metallic blue paint chosen by Marcel is color number MB745.70 from Glasurit.

Thanks to Marcel for the photos. -- Derek Redmond

See the history of Swiss Army Jeeps on CJ3B.info.