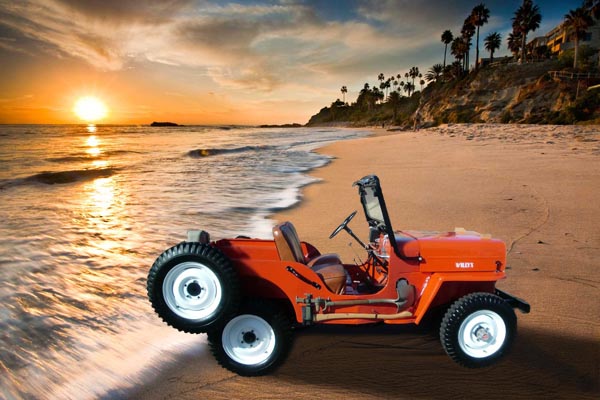 This orange 1960 CJ-3B (serial no. 57348 61166) was featured in a Barrett-Jackson collector car auction in Orange County, California in 2010. According to the auction catalogue, the Jeep was originally purchased new by the state of Arizona for use by the Salt River Project water and power utility. It was purchased from SRP by a retired employee in the mid 1980's, and spent 25 years on his ranch in northern AZ, before being fully restored to the condition seen here. 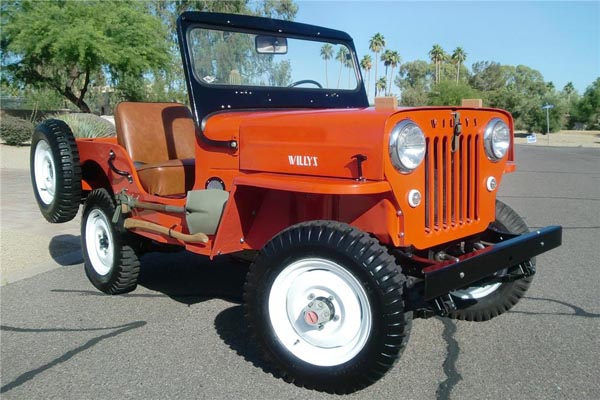 The description continues: "Full cosmetic restoration included disassembling down to the bare tub, sandblasting and re-assembly. The Jeep was totally rust-free to start with, so there is very little filler and no patch panels. It has painstakingly been re-outfitted with all the correct original details down to the canvas straps, jerry can and shovel and axe mounted on the tub. The Jeep has the original windshield with the Salt River Project decal still intact." 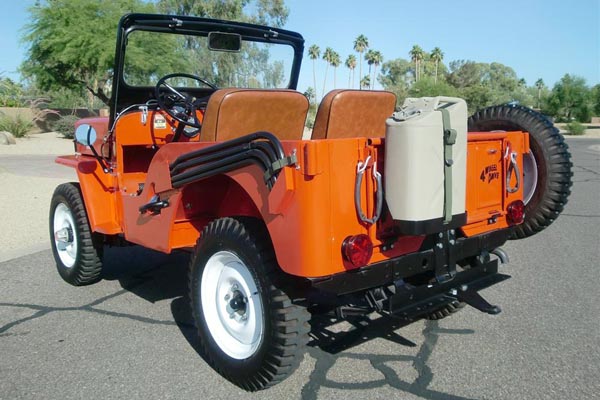 "The complete suspension and braking system was rebuilt and upgraded to 11" brakes from a later CJ-5. Five new Firestone OE spec tires were installed to finish off this authentic and rare CJ-3B."

Well, the tools and jerry can could be original SRP equipment, but the non-original tool indents on the passenger side of the body, and the CJ-2A-style holders for the top bows, suggest that the tub may have been replaced, by the second owner or during the restoration. 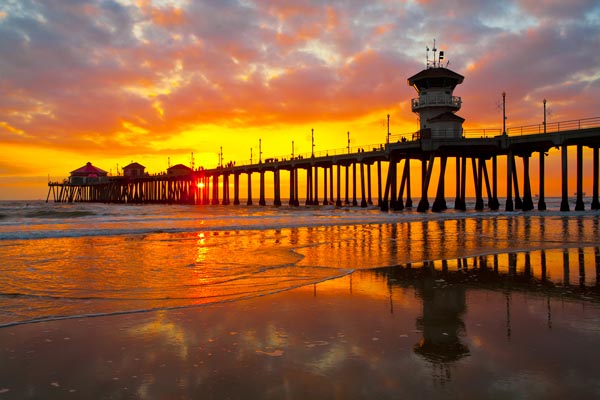 The Huntington Beach Pier is one of the beachfront landmarks of "the OC", and it's not far from the OC Fair and Event Center in Costa Mesa, where the Barrett-Jackson auction took place, the first of three auctions held in Orange County between 2010 and 2012. 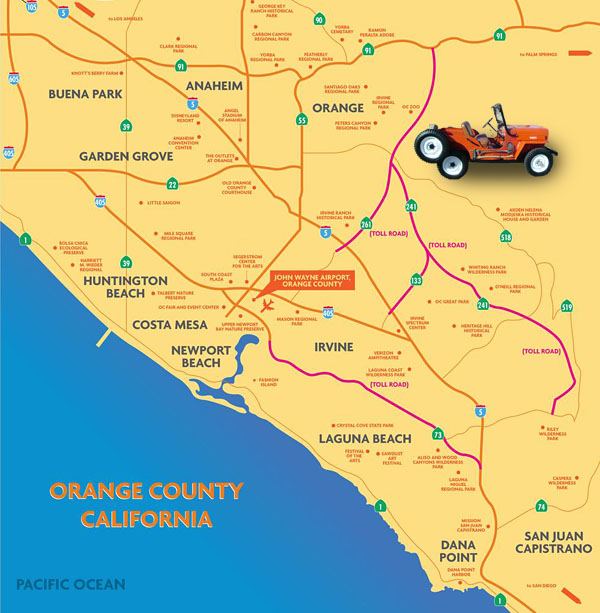 The County of Orange is a prosperous suburban area south of Los Angeles, with a number of cities such as Anaheim and Irvine, and large tourist attractions including Disneyland.

But there are also large historical and wilderness parks, and natural areas including the Santa Ana Mountains. So although the Jeep came from Arizona, Barrett-Jackson apparently saw a market for a vehicle like this in sunny southern California, and decided to sell it here rather than at their principal auction site in Scottsdale AZ. 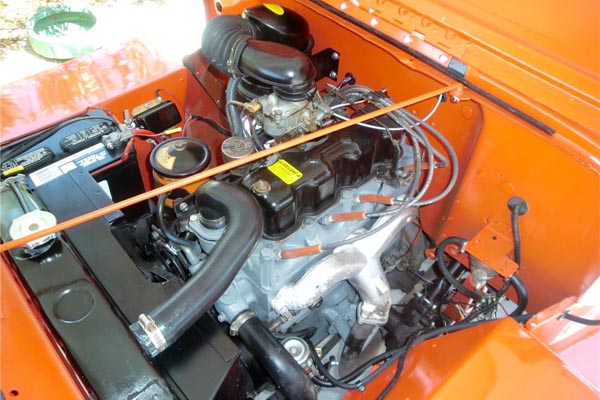 From the catalogue: "Engine was fully re-sealed and detailed to showroom condition. Brand new wiring harness, starter, generator and regulator have been installed and tested."

The paint color was not identified; the orange does not appear to be a Willys color, but is close to Transport Yellow (see Willys Paint Samples 1959-65.) 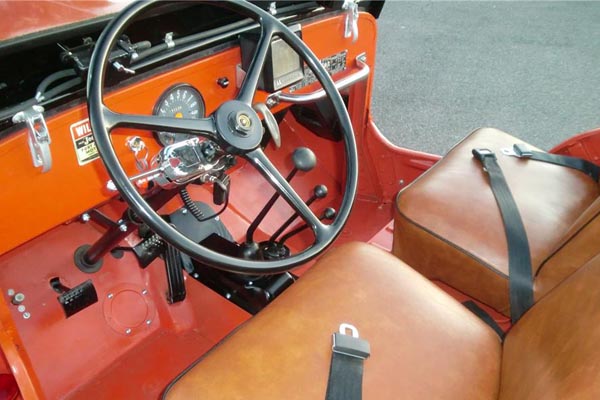 The catalogue does not indicate whether there was a canvas top included. Still, somebody got a good deal on this Jeep in 2010; the selling price was $8,800. It has been listed for sale occasionally since then, or the pictures have been used to advertise a non-existent Jeep. I would be interested in knowing its current status.


Thanks to Barrett-Jackson for the photos. -- Derek Redmond

In the mood for more orange? See An Oldtime Dream from 1964 on CJ3B.info.