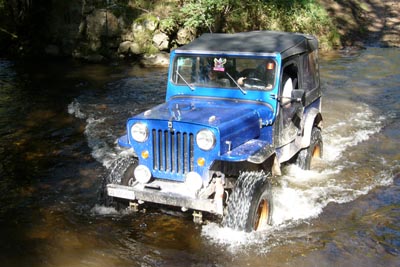 Stefan Spielmann bought this 1962 Willys CJ-3B from the Swiss Army in the late 1980's, and since then he has done a lot of work on it, and a lot of on- and off-road driving in central Europe. Click any of his action photos for some great large copies (180K JPEGs). 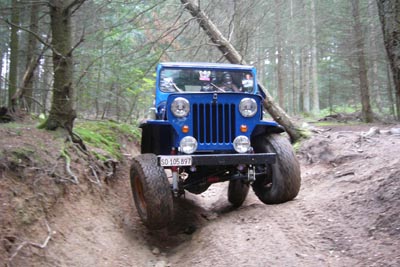 The 8x15-inch wheels were taken from a CJ-7. The tires Stefan is currently using are 33x10.5R15 BF Goodrich AT's. Chassis modifications include a strengthening tube added to the frame at the front, Rancho RS 9000 shocks, a Rancho 2-inch lift kit, 3/4-inch shackle lift, and 1-inch body lift. 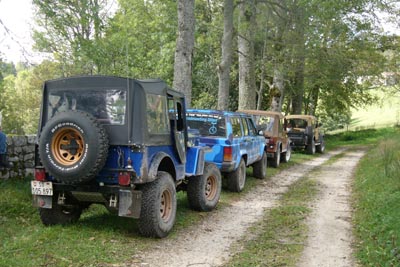 Stefan says, "I am an auto mechanic and did most of the work myself. I'm not a member of a club -- I do my touring with family and friends. I always take the Jeep on the road, not on a trailer. The destinations are in Italy, France, Spain and Germany. For offroading we have to go abroad -- in Switzerland offroading is mostly prohibited. " 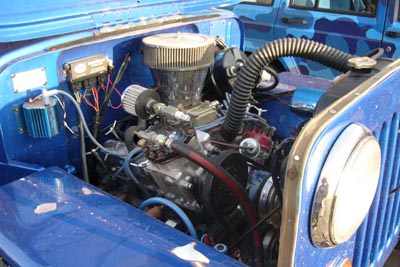 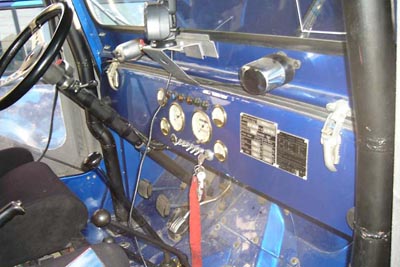 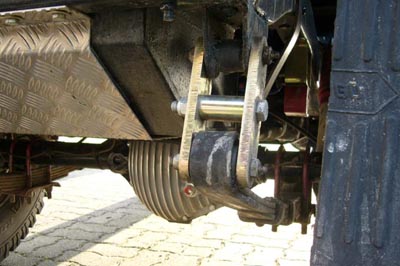 This rear view shows the shackle lift and the skid plate around the auxiliary fuel tank. 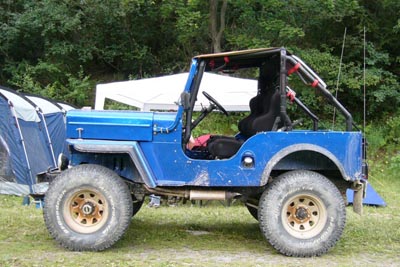 The transmission is the T90 with an Advance Adapters input shaft, and a Spicer 18 transfer case with Saturn overdrive. The rear axle is 3.98:1 with a full floater kit and ARB locker. The brakes are 11" drum brakes all around, with vacuum booster. 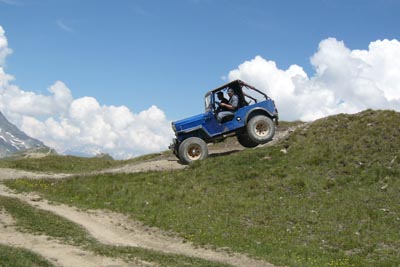 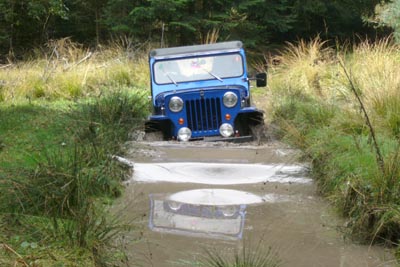 Thanks to Stefan for the great photos. -- Derek Redmond

Check out more photos of the Skyhawk, and a nice 1989 Cherokee, on the Spielman family website at 4x4 Power Shop.