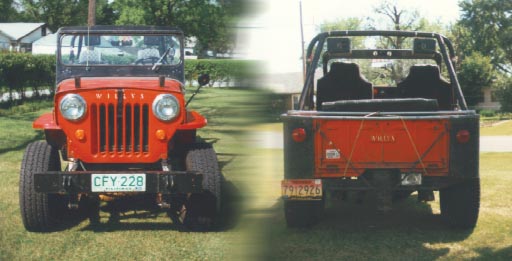 "When I put 11-inch brake drums on the Jeep, I could only afford to do one axle. I still have the small drums on the rear, and it works fine. Before, I could never get the front ones to lock on road, even with good pads and fully adjusted. Now sometimes the front locks first and sometimes the rear -- they seem well balanced." 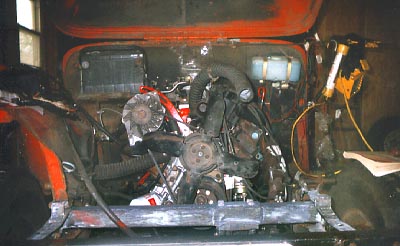 "The custom front cross member is made out of thick-walled square tubing. This is a good modification for anyone who lifts a flat-fender, and steering response is noticeably improved. It lowers the steering bell crank several inches to compensate for lift. The bell crank assembly is bolted to the square tubing with grade 8 bolts." 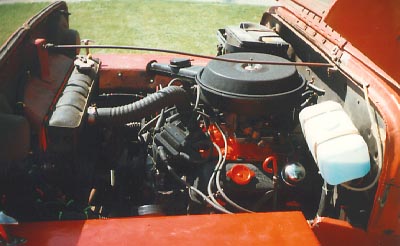 "The cross member is welded to 1/4 inch plates (maybe 2 X 8 inches) that are bolted to the frame, so it's removable for engine access and removal. (Good for beeg dummies like me who like to blow up engines.)" 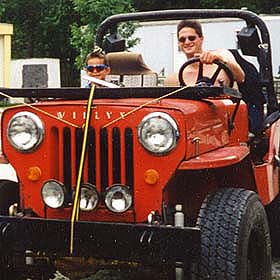 "The Jeep does not look nearly as good in person as in the pictures (our little secret), but I look much better in person."

See also a photo of the interior (40K JPEG).

For more pictures of Jon's "High-Hood Beauty", see Tracks in the Woods and Snow No Problem, Jon Says