CJ-3B Owners On the Trails

Here are some high hood action photos, new on the website, to get us all in the mood for spring which is on the way in North America. Click the photos to see larger copies, or follow the links to see more details on these Jeeps.

When Paul Maddox in California finished rebuilding his '54 in 2014, he said his aim was to take it on the Rubicon Trail. Since then he has done the trail twice and is headed there again in 2016. Watch for a report on his Rubicon experience, coming soon on CJ3B.info. 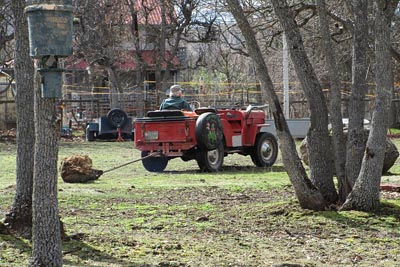 Flatter terrain, but good work for a Jeep nonetheless. In March 2016 Curtis Hickman sent this photo of his 1954 CJ-3B in Oregon, via CJ3B.info on Facebook. He said, "Every year we collect winter limbs. Often requires two or three bonfires. The CJ-3B helps me skid them from out back." 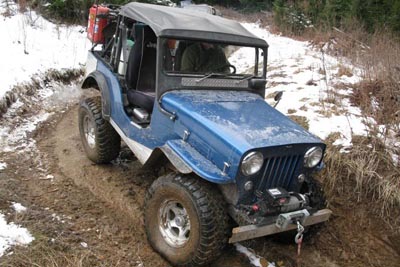 Dick Williams who has a '54 CJ-3B and a '68 CJ-5 in Washington state, was in northern Idaho for the Cabin Fever run during spring thaw this year, and sent these photos. 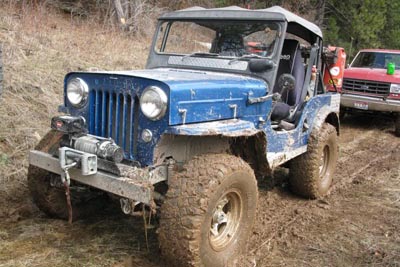 The high hood is Dick's trail Jeep, while the V-6 CJ-5 is more of a vintage original. The 3B rides on 33 x 12.5 Wild Country tires on aluminum wheels with Superwinch locking hubs. 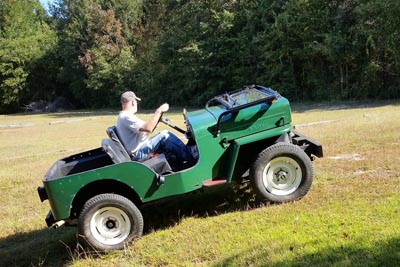 Pete Ward in Pensacola, Florida has owned four Jeeps in his life, but has only had this 1954 3B since August 2015, and is now prepping it for paint. The Jeep had previous owners in Michigan and Montana. 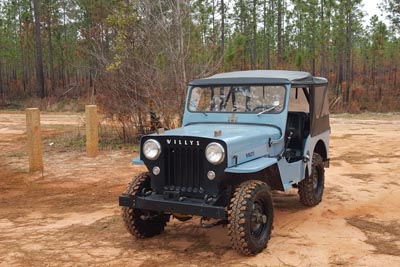 Also in Pensacola is William Barrow, a former CJ-3B owner who travelled to St. Louis early in 2016 to buy another one. This beauty is an early '54 with a 54OB serial number. William has already covered about 500 miles on back roads around the panhandle, and says, "The CJ-3B is truly an elegant, well-designed machine." 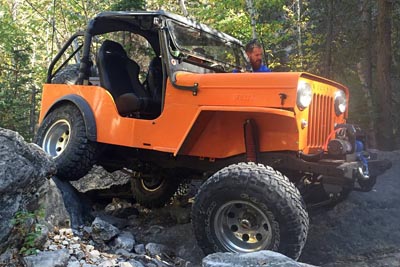 Brian Palmer in Michigan describes his 1958 CJ-3B this way: "It's a FrankenJeep -- 95% of the parts were bought used off Craigslist." See more on Brian's project in CJ-3B Rock Crawlers. 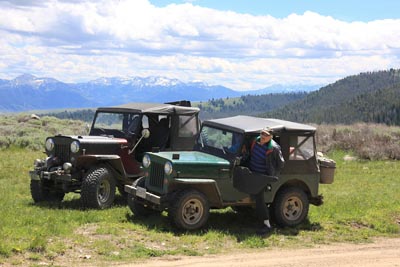 In June, 2014, Chuck Frerichs from British Columbia brought his '53 3B for a visit with John Goering and his '55 in Bozeman, Montana. John says this picture of Chuck was taken on top of the divide between North Meadow and South Willow, west of Bozeman, with the Tobacco Root Mountains in the background. 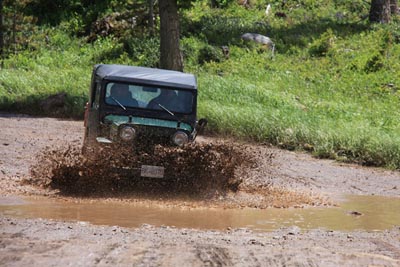 A great action shot taken north of Bozeman: "Chuck playing in the puddles on the Fairy Lake Road."

Chuck is hoping to return the favor by taking John on a tour around his area of BC, during the BC Trail Ride in July 2016. 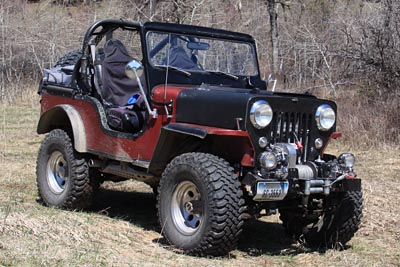 Shortly before that visit, John had taken some photo of his highly modified '55 on his property near Bozeman. Sometimes John has the 3B in pieces all winter, doing upgrades, and has to rely on his CJ-5 and JK. So he's eager to get the B onto the trails in the spring. 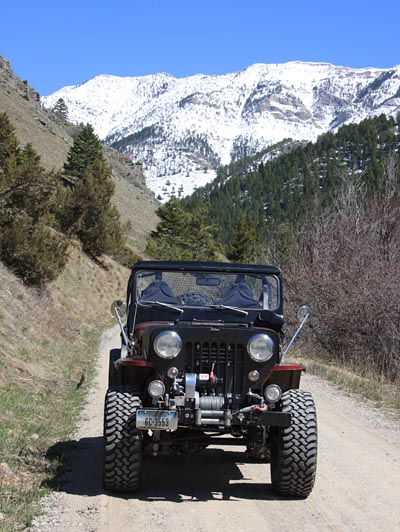 John says, "This photo was taken on a really nice day in May 2014 when I took the B to town to run a few errands and when returning, drove up to the FS trailhead behind our place and then up another small drainage (Watts Creek) on our property." 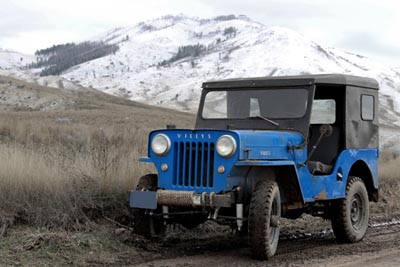 These are the Danskin Mountains near Boise, Idaho -- Doug Hoffman's territory. Behind Doug's '63 here in November 2015, is Danskin Peak, the highest point in the range. 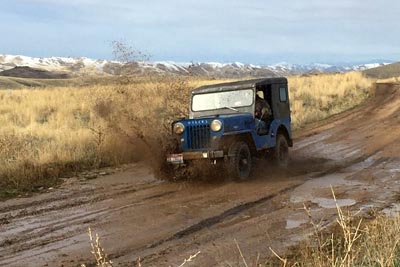 Doug bought a hacked-up beater in 2005 and spent seven years turning it into this nice, stock Jeep, so he's enjoying it now. Here he gets a little muddy on the same November 2015 trip. 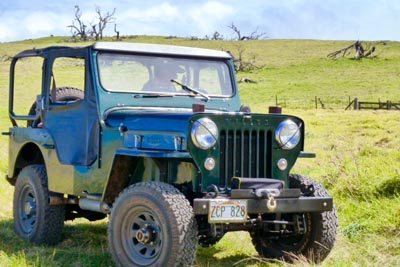 Kealoha Jax, in Waihou on the island of Hawaii, also spent about seven years building his dream Jeep, after originally intending only to do a valve job and fix the brakes. It's been road legal now since summer 2014. Watch for the full story of this 1955 CJ-3B, coming soon on CJ3B.info. 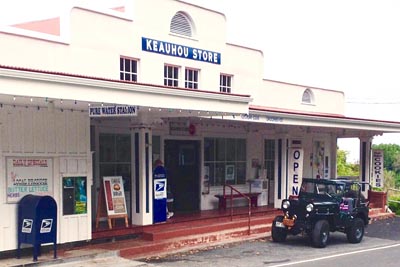 Perfect place to relax after a day in the back country. Jax took this photo in spring 2015, and says, "Cruzing the slow roads and came by an old-school, family-owned store in business since the 1930's. Real nice people, good conversation, and grandpa had a Willys like mine a long way back. After a couple of hours, a great burger 'n' Coke, I was on my way with a lot of good stories and a great day's ride."

Thanks to all of the photographers. -- Derek Redmond

Go to the index of Jeep CJ-3B Owners and Photos.