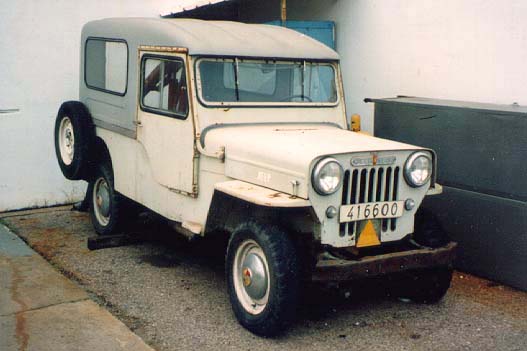 A long-wheelbase CJ-3B was never produced by Willys in North America, but is often seen in the form of versions made by several licenced manufacturers around the world. A few Willys 3B's were even lengthened before being assembled by importers in Sweden and Australia. The version in the photo, produced by EBRO of Spain as a "CJ-6", had a 101-inch wheelbase and was available with a Hurricance F-head or a 4-cylinder diesel engine. Mitsubishi of Japan used the F-head in their CJ3B-J10 (1955-61) and produced several other long-wheelbase models. Mahindra & Mahindra of India referred to their version as a "CJ-4". (Darron Coates)