These radio spots date from the mid-1960s, when the Jeepster Commando made its debut, and the CJ-3B was being phased out as a member of the "Jeep Universal" family of CJ's, leaving only the CJ-5 and CJ-6, and briefly the CJ-5A and CJ-6A.

The commercials were intended to have a local dealer tag added at the end, and were supplied to radio stations on a seven-inch, 33-1/3 RPM record. The recordings have been compressed to produce the small QuickTime audio files you can play below. 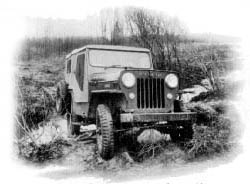 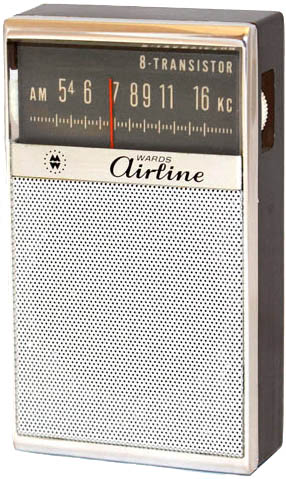 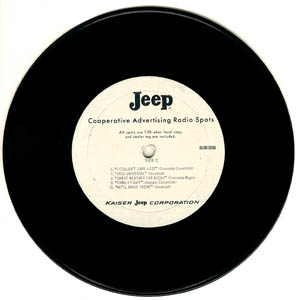 The 33-1/3 RPM record from which these commercials are taken is seen at right. See details on a larger copy (50K JPEG).

The photos above are from Kaiser Jeep advertising of the period. The radio pictured is an mid-sixties Airline transistor model GEN 1177A, made in Japan for sale in Montgomery Ward catalogues and department stores.