From Broadway to
Halfmoon Valley Road

The Story of a CJ-3A

On January 8, 1951, the Willys-Overland Sales Room at 1920 Broadway in New York City supplied a price on a CJ-3A Universal Jeep, to a Mr. and Mrs. Arthur Knorr, who lived in the exclusive Mayflower Hotel at 15 Central Park West. 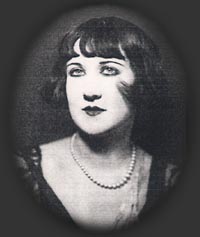 Obviously Mr. and Mrs. Knorr weren't just your average Jeep buyers either. Arthur Knorr was a television producer whose credits included the Texaco Star Theater with host Milton Berle (the variety show which was seen Tuesday nights on NBC and was currently the top-rated show in the country). Arthur had also worked in the world of New York theatre, where he had met and married glamorous showgirl Ruth Gray.

Ruth Gray Knorr was no empty-headed starlet, though. She had come to New York from her home on an ancestral farm in Pennsylvania, and it was she who put her practicality and business sense to work, shopping for a Jeep. The vehicle was to be kept on her parents' farm on Halfmoon Valley Road, near State College, Pennsylvania. There is anecdotal evidence that the Knorrs, like many people in the United States, were worried that the Korean War could create a food shortage or even a nuclear confrontation with the Communist bloc, and they wanted a well-equipped rural retreat.

Within a few weeks of receiving that initial quote from the Willys dealer in Manhattan, Mrs. Knorr had realized that considering the cost of shipping the Jeep and other equipment, it would make sense to buy it from a dealer closer to the farm. In a telephone call to Wiley Brothers & Lewis, a Packard and Willys dealer in West Chester, Pennsylvania, she ordered the Jeep and a lengthy list of accessories and agricultural implements.

Some of the equipment would take a while to be delivered and would be paid for later, but on January 29, 1951, M.J. Lewis sent the Knorrs this invoice covering the CJ-3A and the accessories he had in stock:

There was quite a bit of correspondence from M.J. Lewis, discussing the details of the additional equipment (see below). But the only major problem was the color of the Jeep. Ruth Gray Knorr wanted "gray with gray seats" since it was going to live on the Gray family farm, but CJ-3As were apparently in short supply, and Mr. Lewis was having trouble getting a gray one from Willys. His letter of January 25, confirming her telephone order, says, "We are trying to get the gray for you, but at the same time we are holding the red so that you will be sure of having a Jeep. If we can't obtain the gray soon, will you take red? If green comes through instead of gray, would you prefer that to red? Do you want us to have the red painted gray for you for $40.00 additional (our cost)?" 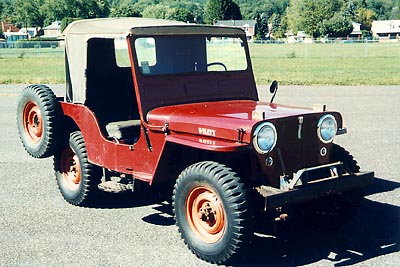 In the end, Mrs. Knorr settled for red with gray canvas top and seats. And although the half-century since then has weathered the Jeep a bit, it still appears remarkably like the day it was delivered. Apparently Ruth's father felt he didn't really have much use for this gadget on the farm while he was running the place, and the Knorrs never had to escape to the farm from the big city until their retirement from show business. So up until the death of Ruth Gray Knorr in 1999, only 1,650 miles were recorded on the 3A's odometer. 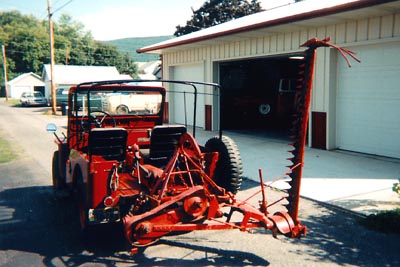 As part of a huge estate auction at the farm on Labor Day Weekend 1999, the Jeep was sold to the late Joseph Caprio, a very discriminating Jeep collector and restorer. (See also Joe's award-winning restoration of a 1964 U.S. Navy CJ-3B.) It was complete with a Newton mower, a never-assembled snowplow and front winch, and a 7-piece soft top. Most of the other machinery was no longer at the farm.

See also a left side photo (60K JPEG) with the machinery attached and the bows for the soft top in place.

Amazingly, most of the letters written by Willys dealer M.J. Lewis to Mrs. Knorr survived intact along with the Jeep. They reveal some interesting details about Jeep agricultural equipment of the era. Take a look at some of those letters (50K GIF's): 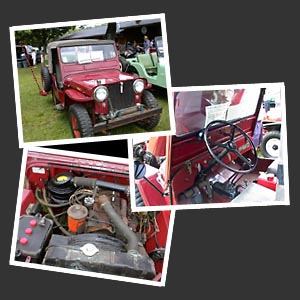 In addition to the paperwork regarding the purchase of the Jeep, this highly original vehicle has been photographically documented in some detail by Bill Lagler, who took these pictures when Joe Caprio had the 3A on display at a truck show (100K JPEGs).

On the CJ-3B Bulletin Board, Larry Steed commented, "I see in the rear photo showing the various items, not only was a rear belt drive unit included, there was also a (now rare and sometimes hard to find) 3-point top link that us tractor enthusiasts refer to as a rooster cone top link (made for adjusting the support chain yoke on bush hog type mowers). Wonder why the new owner didn't install the winch line on the drum.

"And I still have to wonder however why Mrs. Knorr ordered a rear seat (wow, a whole 25 bucks?) when it couldn't be mounted and used due to the rear mounted hydraulic three point lift assembly - hmmm, guess she just wanted every possible accessory she could get with the Jeep."

Bob Westerman replied, "The winch has no PTO shaft going to it. This Jeep came from the dealer with the rear only PTO installed and a front offset PTO separate. If you want to use the winch the rear drive PTO would need to be removed and the front drive PTO installed. I'm thinking that someone at the dealer didn't really know much about PTOs."

Joe Friday commented, "The Knorr Jeep didn't have the winch cable on the spool because the winch was never properly installed. The mounting frame is on upside down. (I was at the auction...)" 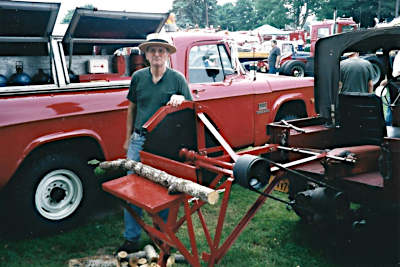 Joe Caprio is seen here with the buzz saw, which cost $80 in 1951. This is a family photo from probably the 2002 Macungie truck show in Pennsylvania, courtesy of Joe's grandson Mason Aber.

Thanks to the late Joe Caprio for supplying the documents and photos, to Bill Lagler for his photos, and Rus Curtis for the Newton Power Mower information. -- Derek Redmond