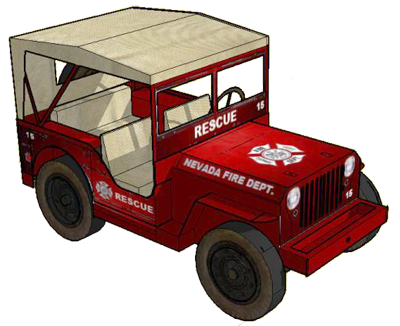 In July 2013, Mauther Papermau in Brazil posted this drawing of the latest paper Willys Jeep project he was planning. He had previously offered several military versions of his 1944 Willys model (see Paper Jeep Toys on CJ3B.info.)

Soon after, pictures of his completed Fire Brigade model were posted at Papermau. 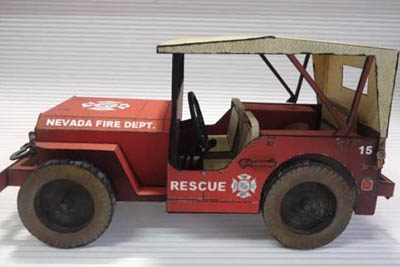 Papermau doesn't give the exact scale of the Jeep, although he says the model fits well with Playmobil figures. Playmobil people are supposedly 1/24 scale, and some quick measurements of the Jeep suggest that it's close to 1/21 scale. This allows the plans to print on standard 8.5x11-inch paper, and produces a model about 6 inches long. 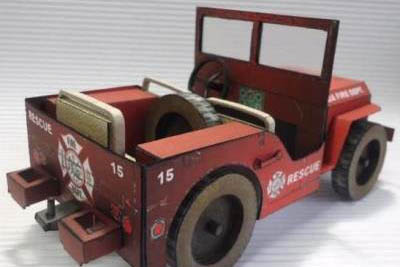 The plans include details such as bumperettes, seats, steering wheel and stick shifts (see below). Gauges, taillights and fire brigade markings are all on the templates, which you should print on the stiffest paper possible.

The spare tire behind the seats reminds me of a CJ-3B chief's car on display in Portugal (see Spare Change on CJ3B.info.) 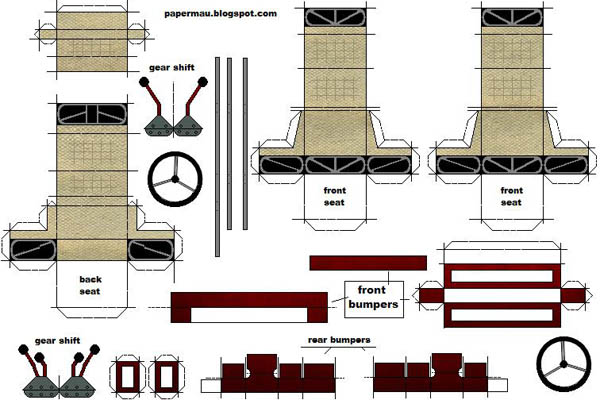 I'm not sure that I would actually want to cut out and assemble all these parts, unless I was confined to bed for an extended period. But I do like looking at the two-dimensional templates, and knowing that it could be done. 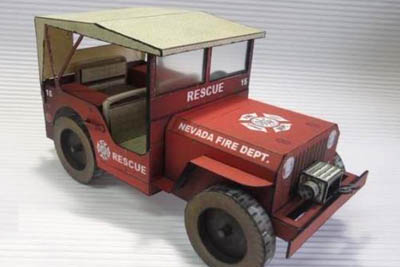 There is a Nevada Fire Department in Nevada, Iowa, but as far as I know they never had a Jeep. 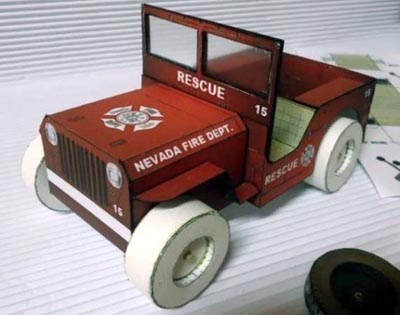 Papermau showed this unfinished version with larger tires, and decided to include both the wider and narrower tires in the final plans; if you decide to try building it, you have your choice. 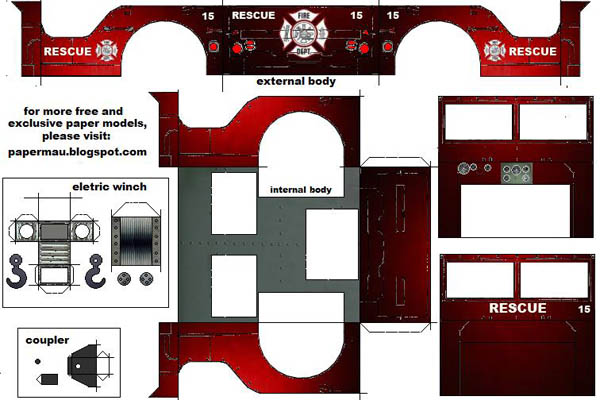