Respect the Bean, and the Jeep 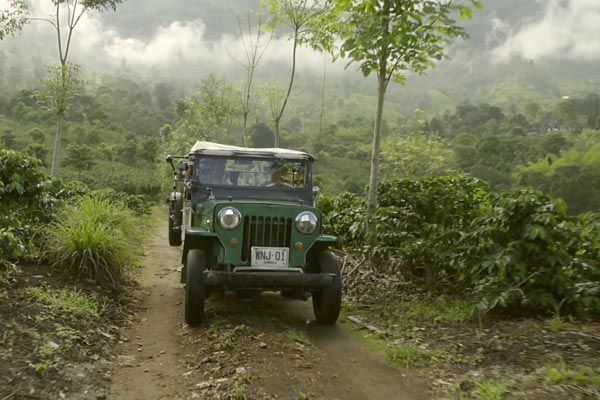 Nabob Coffee has been running a television and online commercial campaign in spring 2014, shot in Colombia, with the slogan "Respect the Bean."

In a 60-second spot entitled Taste Test, you may have seen this brief clip of a CJ-3B driving up into the coffee-growing hills near Armenia. It's so quick you probably didn't notice the camera rig attached to the side of the Jeep. 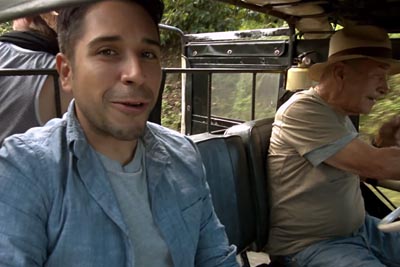 The camera on the rig was capturing this shot, of Erik Rivera, an actor and comedian from New York who serves as the narrator and interviewer for the "Respect the Bean" commercials.

Looks like the back half of the roof was folded forward to let some light in for this shot. 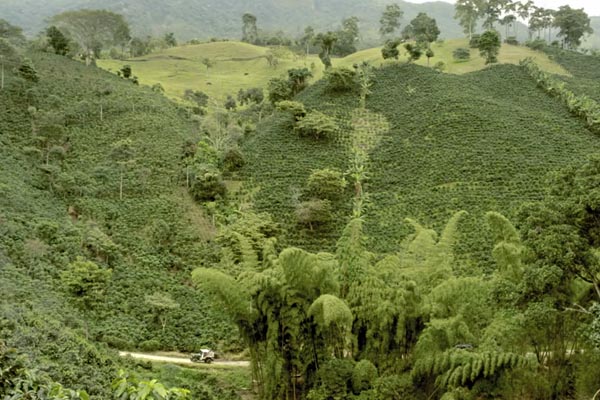 In a longer, four-minute video titled A Nabob Coffee Story, Erik gives viewers an overview of the process of picking and preparing the coffee beans.

The video includes this beautiful shot of the Jeep (look closely near the bottom of the frame) in the hills above the Quindio River. 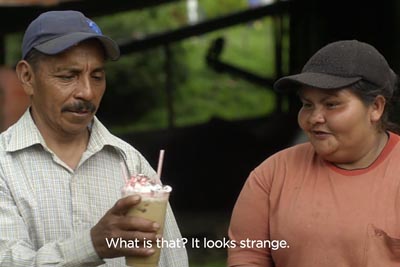 Taste Test and the other commercials in the series are based on the concept of asking Colombians to compare sugary, frappuccino-style drinks, with good old-fashioned Nabob coffee.

Reaction online has been mixed, with comments like, "How is essentially telling those who enjoy fancy coffee drinks they are stupid for liking something other than average instant/home brewed coffee, a good marketing ploy?" 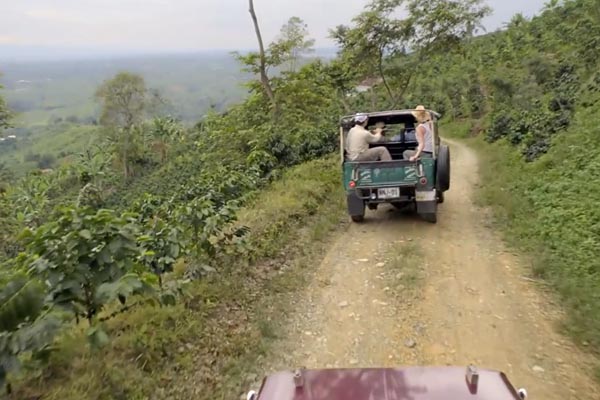 In one shot, we get a glimpse of the hood of a second, dark red Jeep carrying the camera. But not surprisingly, the "Nabob Green" Willys got the starring role. 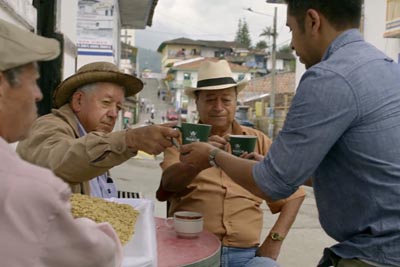 Of course, everybody is happy when Erik gives them a cup of Nabob to try. And the commercials do give a great sense of the people and the countryside, prompting one viewer to say, "I love this video, everything looks so pretty. And when they were drinking the real coffee it made me believe that I was also smelling the coffee." 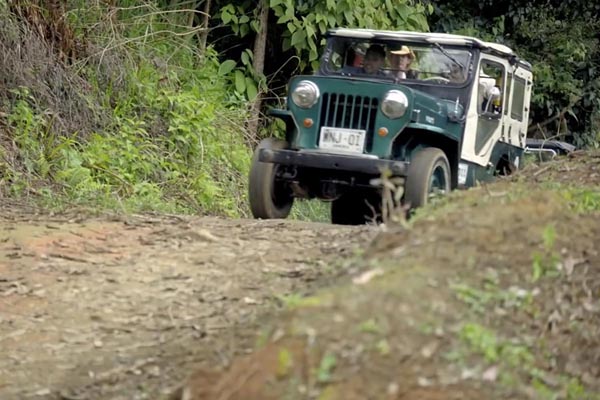 Another online comment: "Any coffee company that went to these lengths to make such great videos deserves a chance! I'll bite, as a serious disgruntled coffee drinker who is sick and tired of bad coffee just about everywhere. I'll give them a try."

And needless to say, any coffee that respects the Jeep as well as the bean, gets a recommendation from CJ3B.info.

See Taste Test and A Nabob Coffee Story on YouTube. Thanks to Anna for spotting them. -- Derek Redmond