The most unique thing I discovered about the Jeeps in Venezuela during my visit there, was the large number of long-wheelbase Jeeps: CJ-6s, CJ-8 Scramblers, and even long-wheelbase YJ Wranglers. I didn't find any older, flatfender Jeeps.

However, Alejandro Uribe of Caracas suggests I should visit an area near Caracas called la Colonia Tovar if I want to see old Jeeps. Like the Jeeps in Colombia, the older ones in Venezuela are mainly found working in certain areas of the country. Alejandro has been grabbing photos to prove it, and has sent along a couple of shots that feature a lot of atmosphere as well as interesting Jeeps. 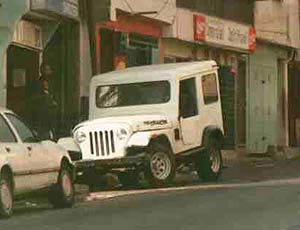 A postal hot rod spotted between Caracas and la Colonia Tovar. This 2WD Jeep has a lifted rear-end -- a look that you don't see on 4x4 Jeeps. Alejandro says he's only seen a couple of postal Jeeps in Venezuela. 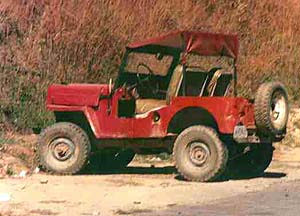 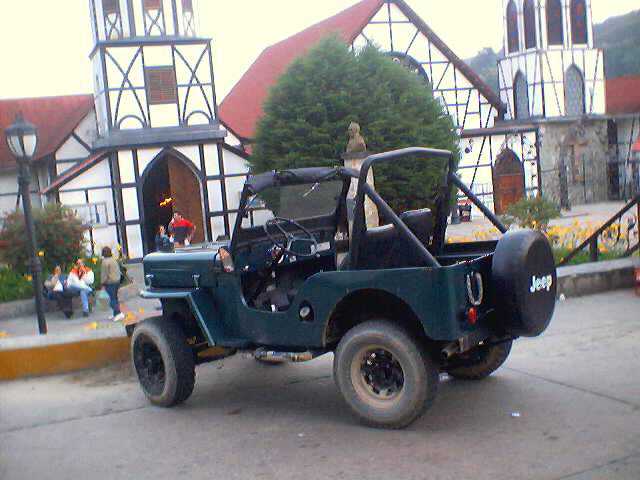 Luis Miguel is another Jeeper from Caracas, and likes to drive his Jeep in the Avila Mountains. He also likes to visit la Colonia Tovar to cruise and take photos. This picture shows his 1960 CJ-3B in front of a church there.
Thanks to Alejandro and Luis for their photos. See also Luis' offroad trip from Los Teques to La Guaira, and the Venezuela Off-Road Festival 2002. -- Derek Redmond