"We conquered the Simpson" 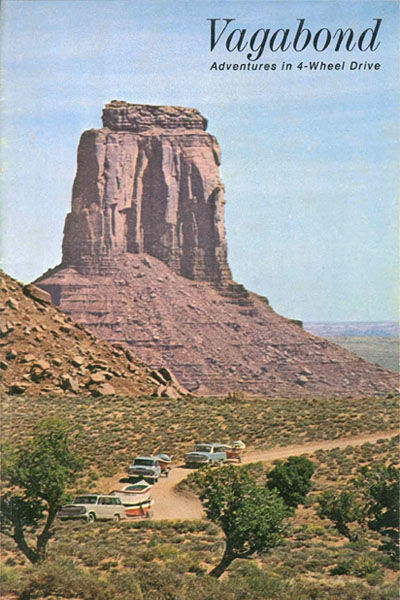 Vol.1 No.2 of Vagabond was the Fall 1969 issue of Kaiser Jeep's new lifestyle magazine for Jeep owners and dealers. Thanks to Geoff Slattery for scanning the magazine for us.

The cover photo by Martin Litton showed three Wagoneers towing dories in Monument Valley, part of the "Centennial Expedition", the exciting 100th anniversary reenactment of the first navigation of the Colorado River in 1869.

Other articles in the magazine included a report on the second annual Jeep Jamboree, and a piece by former Secretary of the Interior Stewart Udall which could still be very timely today, about protection of the environment, titled "Saving America From Itself."

The 50th anniversary of this expedition will be celebrated in July 2019 by an "East to West Jeep Trip" -- five Jeeps making the first such crossing since 1969 -- and CJ3B.info will be there to document it. 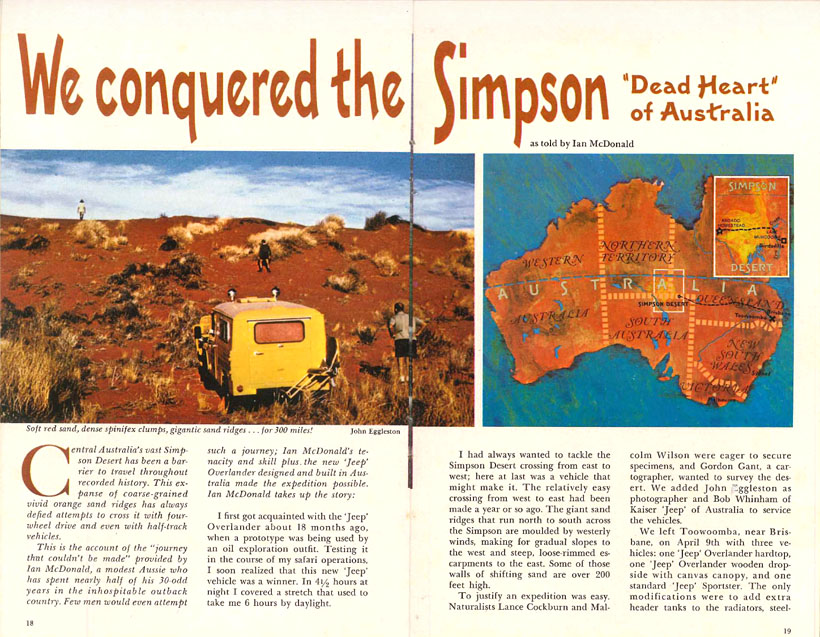 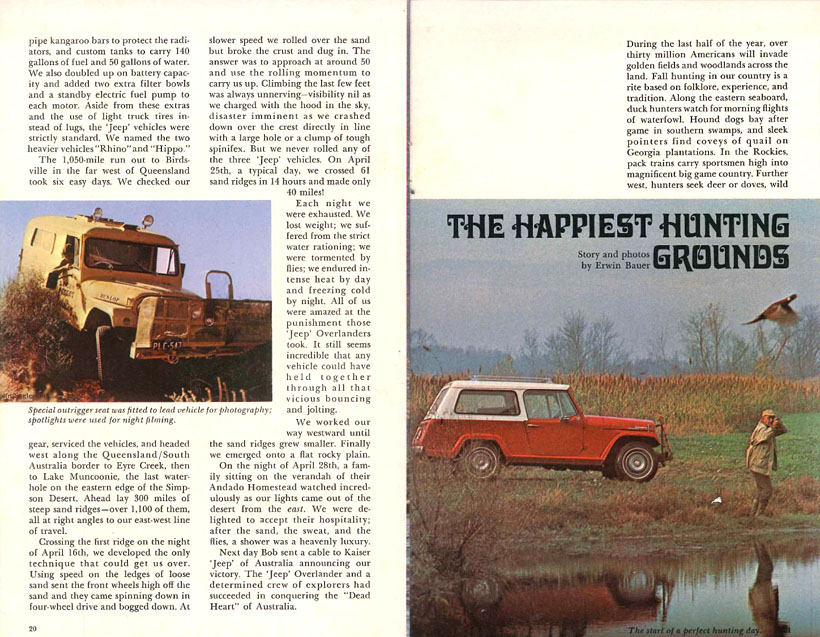 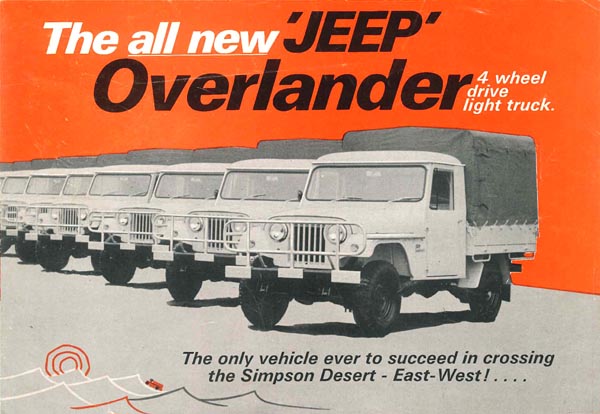 Geoff Slattery also scanned a Kaiser Jeep of Australia brochure for their Jeep Overlander, a unique version of the CJ-6 built with the Australian market in mind.

Each of the four pages refers to the recent east-west crossing of the Simpson, a trip sponsored by Kaiser. The cover includes a little sketch illustrating why the east-west crossing had never been done before -- the way the dunes slope up much more steeply on the east side. 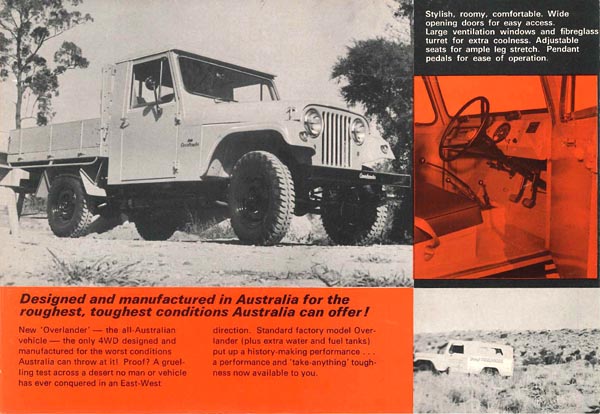 Page two displays the dropside or "ute" version of the Jeep which has always been a popular style of truck downunder. A photo of the cab shows the new dashboard configuration and the Wagoneer steering, and of course right-hand-drive for Australia. 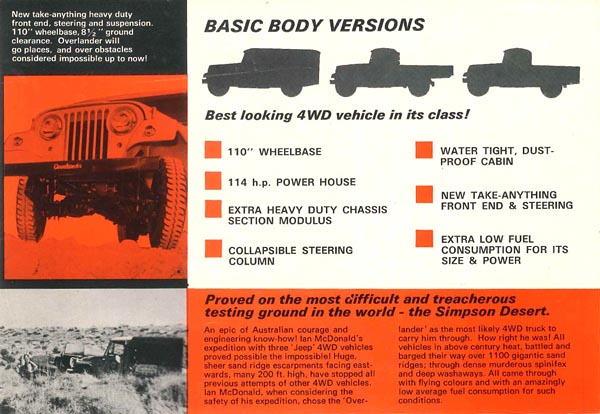 Both the dropside and the hardtop van style of Overlander went on the Simpson trip, along with a CJ-5. The third body style in which the Overlander was available, was a basic pickup.

This page mentions low fuel consumption twice, although Vaughn Becker has actually estimated the gas mileage for the desert crossing as 4.5 miles per Imperial gallon (3.8 MPG US)! 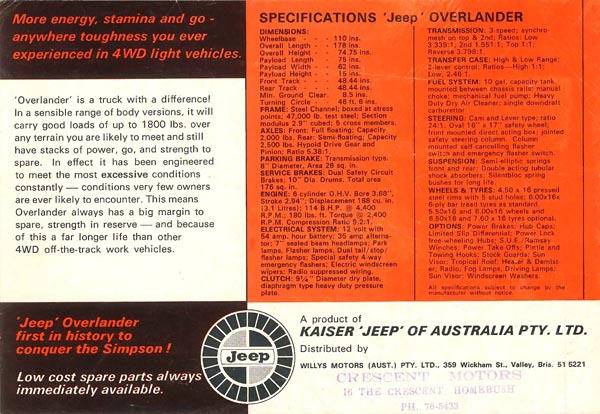 Another detail not mentioned is that the Jeeps on the Simpson expedition were custom fitted with a 221 cu.in. version.


See the story of the Simpson Desert Expedition on CJ3B.info.

See also a 3-minute video excerpt (30MB QuickTime) from the film Tjanpi: Land of Spinifex, showing the Overlander's slow climb to the top of a dune, followed by a quick descent.

Thanks to Geoff Slattery and Vaughn Becker. -- Derek Redmond

Last updated 7 May 2019 by Derek Redmond redmond@cj3b.info
https://cj3b.info/World/AustraliaSimpsonBrochure.html
All content not credited and previously copyright, is copyright Derek Redmond