Rocky the raccoon used to live behind the old Lakes Volunteer Fire Company station in Medford, New Jersey. Eventually he was adopted as a mascot for the company, which since 1984 has been known as the Taunton Volunteer Fire Company, to avoid confusion with their sister station, Medford Lakes. 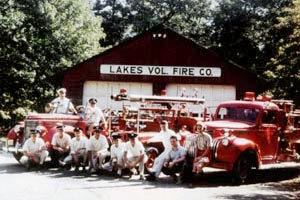 The first piece of equipment in that old firehouse, built by the company members in 1952, was a 1947 Jeep CJ-2A fire engine from Boyer Fire Apparatus, seen in the center of this old photo of the company. 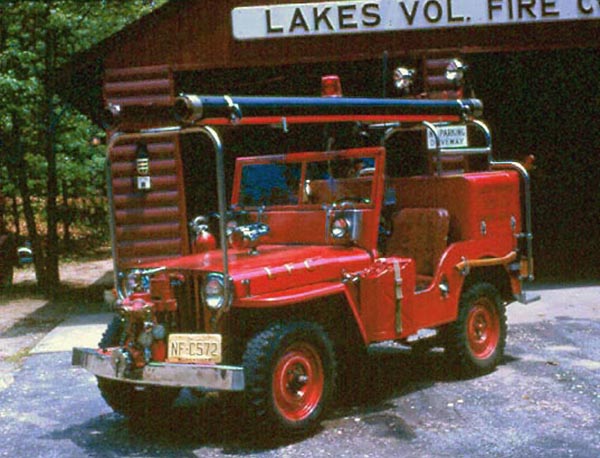 Taunton Firefighter David Hernandez wrote to CJ3B.info, "I was surfing the web and stumbled upon your site. I noticed that the factory photo (80K JPEG) on your Boyer Jeep Fire Engine Production List page looked almost identical to our first piece of apparatus. I went to the firehouse, looked at the pump number and the Boyer number on the dash and sure enough, it is listed on your page. Your page says that it was purchased from South Jersey Willys in Camden, New Jersey. It's a 1947 CJ-2A, Barton Pump number C-81460, and Boyer Number J-118." 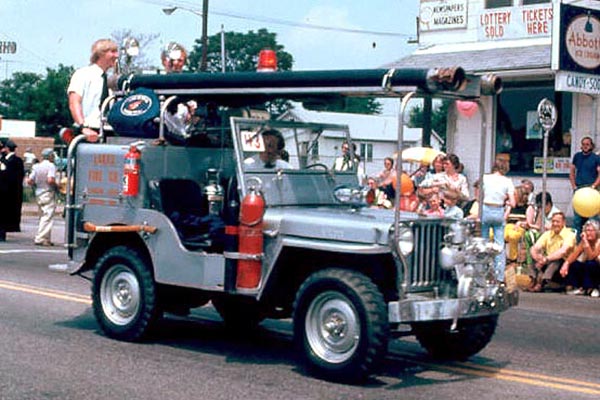 At one point the Jeep was repainted in silver, and it really looks like a diamond in this parade photo. 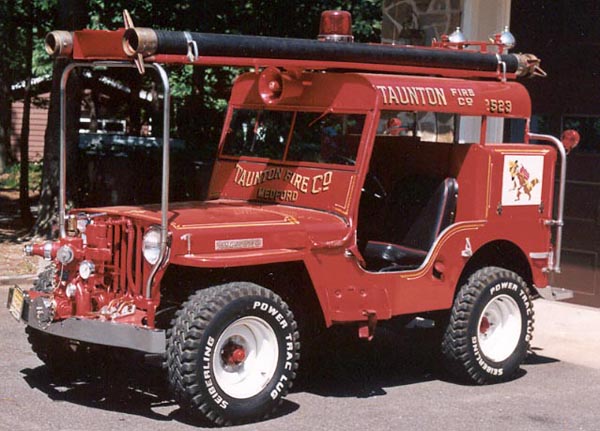 A very neatly-done hardtop, a new siren, and wider wheels and tires were new additions before the latest repaint which has returned the Jeep to its original fire red, with Rocky the raccoon added. 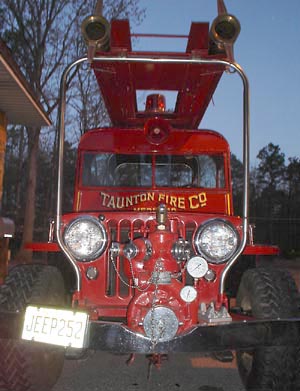 David Hernandez says, "The company has kept the Jeep in the best condition it could. Over the past couple of years its condition has been deteriorating, because it just sits now. The original motor (100K JPEG) still runs, however it needs to be push started. There is virtually no rust at all -- it has original almost everything (90K JPEG) and will be easy to restore. This Jeep is extremely clean. I and another member plan to restore it, and make it a parade piece."

By the way, the old Lakes Volunteer Fire Company also had a Jeep Wagoneer (circa 1979) as Chief's car (40K JPEG).

Thanks to Firefighter David Hernandez of Taunton. -- Derek Redmond