The 1999 All-Breeds Jeep Show in York, Pennsylvania (sponsored by PA Jeeps) was a big show and swap meet with lots to see and do, and had over 200 Jeeps in attendance. But Dan Fedorko reports there weren't a lot of stock flat-fender Jeeps at the show. 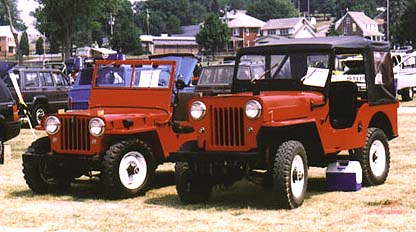 Dan writes, "I went to the All Breeds Jeep Show back in July. I saw only two unmodified flat-fender Jeeps -- one was a CJ-2A and the other was a CJ-3B. I was lucky -- the 3B drove up just as I was leaving the show!" 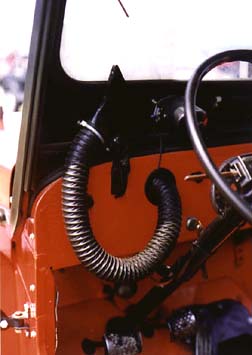 Dan's photos of the 3B include a close look at the defroster hose which routes air from the heater through the hole in the dash above the steering column. It runs to what appears to be a homemade nozzle arrangement.

Another photo shows the front-mounted winch which appears to be an original Ramsey PTO winch. Dan says, "The 3B was a 1960 from Maryland. The Jeep was in great shape -- the paint job was fairly new. The seats looked new too." 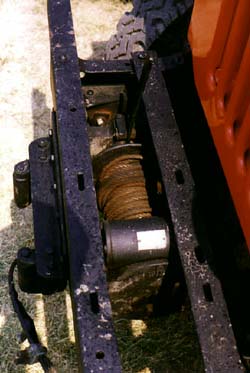 We later discovered the owner of this Jeep was Ron Allen. He wrote in 2004 to say, "At that time I did not have a title for the Jeep and could not give you any info. Well after some leg work and a lot of questions I finally got one. The Jeep is indeed a 1960 with the serial number 57348 66663. As far as I know all of the major parts, body, chassis, engine, suspension and even the crank driven winch are original."

The Jeep has since been sold.


Thanks to Dan for the photos. -- Derek Redmond