The 1963 CJ-3B which was owned by Adam Charnok in Vermont, and as of 2009 is owned by Michael Langner in Nebraska, is truly a time capsule that shows exactly how the CJ-3Bs of the period were built and equipped. It is totally unaltered from its 1963 condition, and showing very little wear.

Restorers have long argued and speculated about how the paint was applied to the stamped lettering on Jeep bodies. This detail shot of the letters on the hood of Charnok's CJ-3B confirms that they were hand painted (in 1963 at least), and not particularly neatly done at that. Probably spray-painted through a stencil, judging from what appears to be bits of overspray around the letters. The Jeep is painted Treebark Brown metallic, paint code number 231. 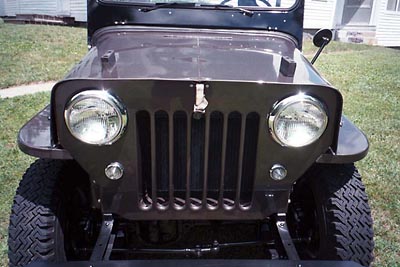 This 1963 Jeep was built in that era when the stamped "WILLYS" was being deleted from the grille, tailgate and hood sides of all Jeeps built by Kaiser. As they ran out of stamped parts, unstamped ones took their place on the assembly line. Since the CJ-3B shared a tailgate with the CJ-5, the name disappeared there first, possibly as early as 1962. By early '63 stocks of stamped grilles had also been used up, and Charnok's Jeep was one of the last to have a stamped hood. 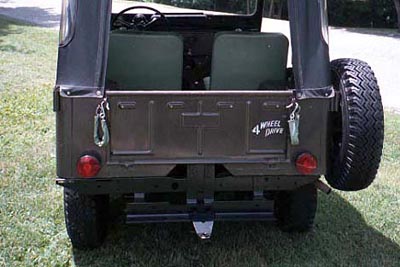 When the Charnok family went looking for a new house in rural Vermont, their decision to buy a particular house was influenced by more than just price, location and condition. This house, in the small Southeastern Vermont town of Wardsboro, had an extra feature that not many others can claim, a classic Jeep. 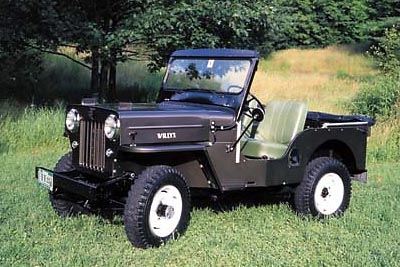 The Jeep in question was not just any old Jeep. It was a pristine 1963 CJ-3B with only about 4500 miles showing on the odometer. It may be the finest original example of a CJ-3B in the United States and perhaps the world. It had been bought by the previous owner of the house on July 26, 1963 and used only to run small errands in good weather.

Upon her death in the early 1980's, the Jeep remained stored in the same heated garage in which it had always been parked. The family members that inherited the house used it as a vacation getaway for nearly 20 years, but left the Jeep undisturbed. In fact, the Jeep was so beloved of the original owner that the keys to it were buried with her. 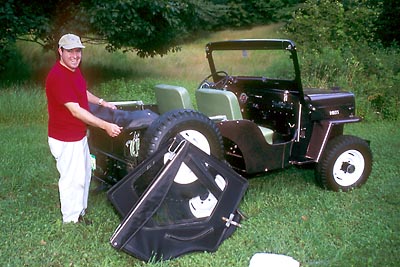 The Jeep became the major incentive to buy the house. It took little more than fresh gasoline, a new battery and an oil change to get the '63 CJ-3B running, and, yes, it runs and drives like a new 1963 Jeep.

One of the most amazing elements of the CJ-3B is that the original top has survived in great condition. In the 1963 era, the tops were built for Jeep by White Manufacturing, of Colorado Springs, Colorado. The cover for the folded top is the original and in perfect condition. 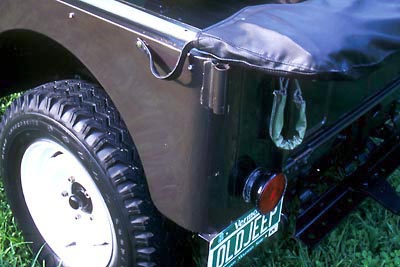 It's extremely rare to find original tires on 37-year-old vehicles. These are the same 7.60-15 Goodyear Suburbanite tires on which this Jeep rolled out of the factory in 1963. The words "Super Cushion" are in script on the sidewalls. It's almost a miracle that these tires have survived without dry rot. See also the tailgate stencil and right taillight. 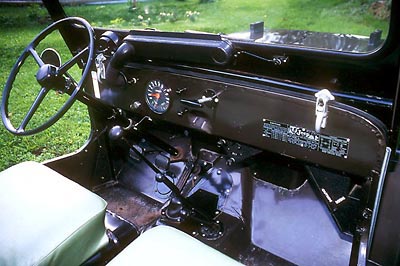 Other than wear on the painted floor from the previous owner, the interior is perfect from 1963. A tag to the left of the steering column is an oil change tag dated 9/1/73 at 3093 miles. 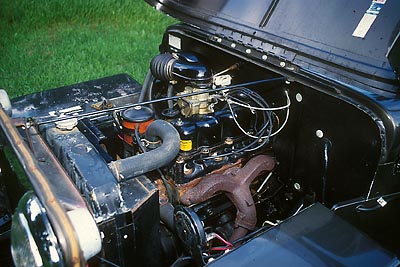 The F-134 engine is still running on the original 1963 spark plugs and runs perfectly. Charnok replaced the points and condenser, adjusted the valves and changed the oil. One of the few flaws in the vehicle is evident in this shot. At some earlier date, battery acid was spilled on the right fender and ruined the paint.

Adam drove the Jeep about 1000 miles before selling it to Ed Surjan in Massachusetts in 2002. As of 2009 it is owned by Michael Langner in Nebraska.

The material on this page also formed the basis of an article in Japanese in the magazine CCV (Cross Country Vehicles), Vol. 40, 2000 (see the cover, 100K JPEG.)

Thanks to Jim Allen and Adam Charnok. -- Derek Redmond

See also a page of Adam's comments on his Showroom Original 1963 CJ-3B.