This Willys is a Driver 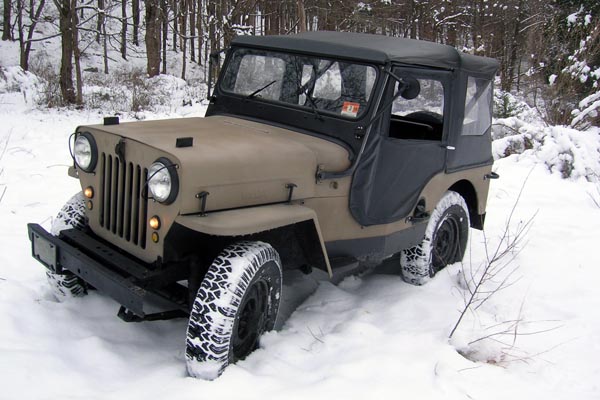 My Willys is a 1960 CJ-3B, serial number 57348 67439. I have owned this vehicle for almost 2 years and have been slowly finishing the restoration the PO had started but couldn't complete. The Jeep has been restored to mostly original condition with some of the more common modifications to make it a little more driveable, safe and reliable.

I like to drive my 3B every chance I get, year round, and often spend the day exploring historic sites and doing some mild off-roading in the counties near my home in northwest New Jersey. 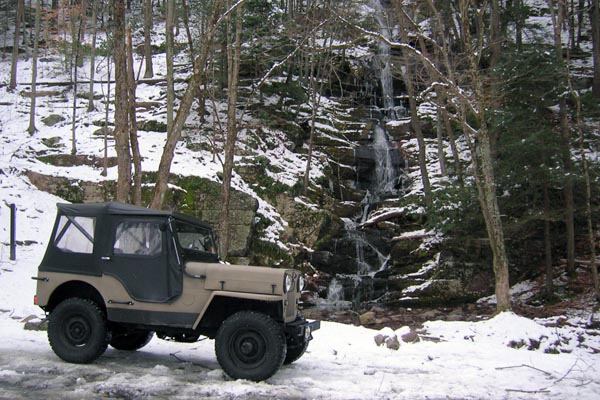 These pictures are from a fun trip in the snow in November 2014. We didn't get quite as much snow as predicted, but it was still enough to get out and play in. Played on Mountain Road in Stokes State Park, passed Old Walpack cemetery and found some really old graves. Moved on down the trail to Buttermilk Falls, which was nearly frozen. Cool! 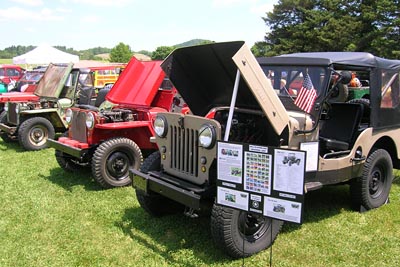 I drove the Willys 150+ miles with my wife to attend the Great Willys Picnic in June 2014. It was a great day to be a Willys owner! I counted three 3B's out of all the vehicles that showed up. There were probably between 75 to 100 vehicles and vendors and every incarnation of Willys vehicle you could imagine. If you get the chance to attend next year's event you won't be disappointed.

I enjoy taking the vehicle to local car shows and military shows during the warmer months. It always attracts a good number of people and has won several trophies at various events. I am amazed how much people love these old Willys and the little kids (especially boys) are always dragging their parents over to see my 3B. 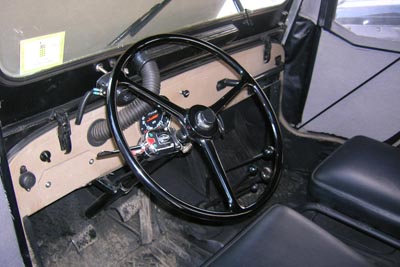 They usually end up getting to sit in the drivers seat and having mom or dad snap a quick pic. It's a big thrill for them as all the other cars at the shows they are told not to touch or get too close to. I figure there isn't much they could hurt on my Jeep and it makes their day! I have been told a few times my Willys is the "best vehicle here" at our local cruise night which attracts 200-400 cars on a good night. To me that is the best compliment I could receive when surrounded by custom street rods costing $50K and up. 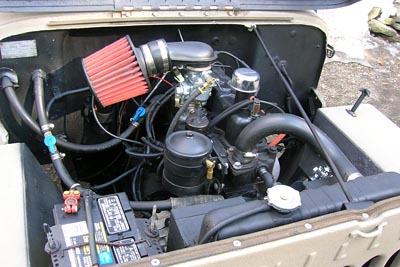 I don't have much background on my Jeep but do know the F-head engine was from an earlier vehicle, from the early 1950s by the casting number. I have been rebuilding systems one by one as they need attention. The Jeep currently has a 12V alternator, Pertronix ignition and a Solex carb. Also a Bestop Tigertop, Mojave heater and original defroster manifold, and electric driver's side wiper.

In the big copy of this photo you can really see the textured tan paint. 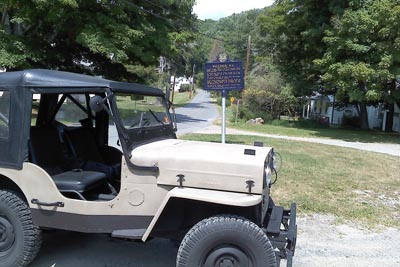 I have had many conversations with former Willys owners at events, and almost all conversations start with something close to "Hey that's a nice Willys. My ______ used to have one and we would ...." It's amazing how many people have personal experiences with these historic American vehicles. 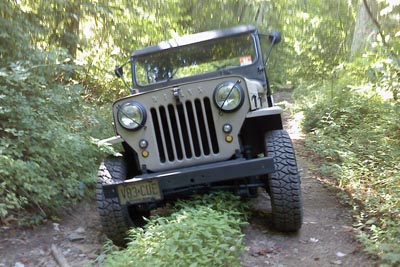 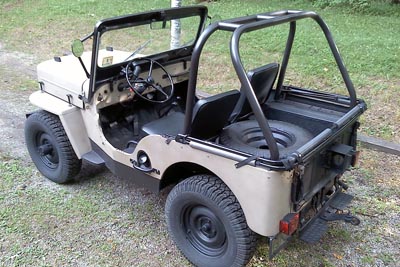 The spare is mounted on the tailgate with an oak board like back in the day! 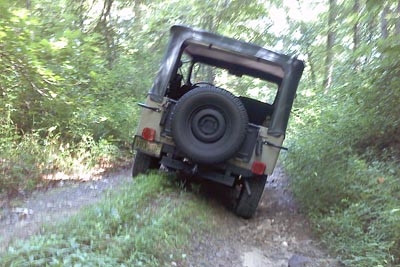 I have always wanted to own an old flatfender since I was about 12 years old, and I am finally realizing my dream and loving every minute of it. I wanted a "driver," not necessarily a showpiece, and am very happy with what I ended up with. -- Michael

Thanks to Michael for the photos. You can keep in touch with him on the Bulletin Board, where he goes by "eye63". -- Derek Redmond