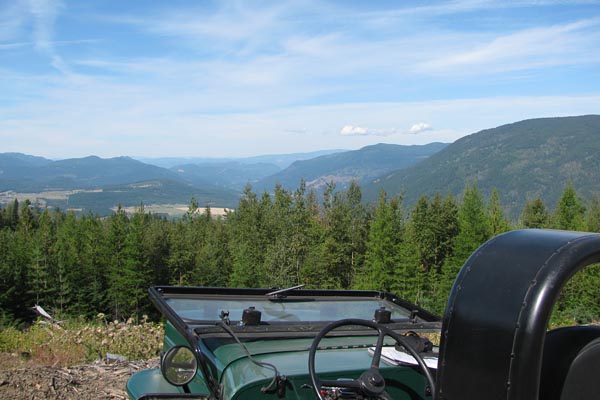 This is a flatfender Jeep trail ride that ran from July 17th to the 24th, 2016, at Cherryville, British Columbia.

There is dry camping at my place, or there is a motel in Lumby which is 11 miles from my place, and you can Google B&B's for Lumby and Cherryville BC. There are two restaurants within 5 miles of my place. 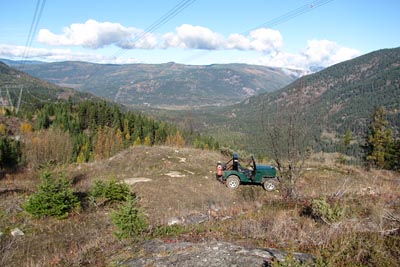 Each day was planned to start with a run beginning at about 9:30. These runs will require varied four wheeling skills, but no hard core wheeling. All will have wonderful scenery and good photo opp's. Once we return to camp, there will be BYO tall tales and beverages! Either Friday or Saturday will be a pot luck supper. 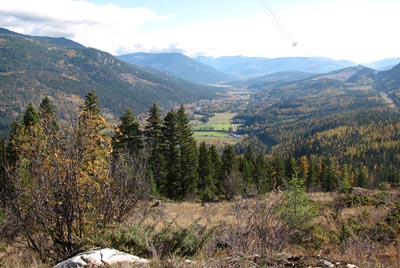 After some discussion, it was decided that instead of baseball caps, we would have some camouflage dust scarves with an embroidered rally patch made. As it looks now, they should be under the ten dollar mark. We are looking at ordering 20 for now, but if demand goes up, could probably make more. 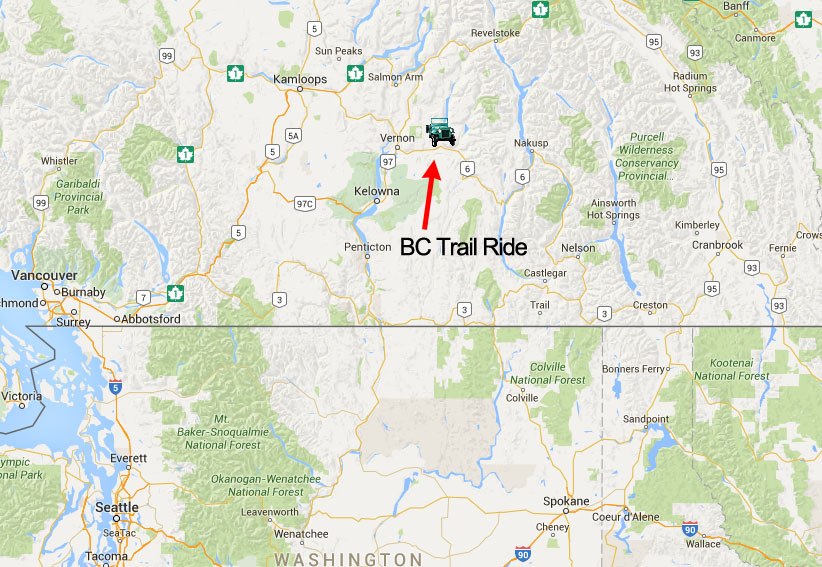 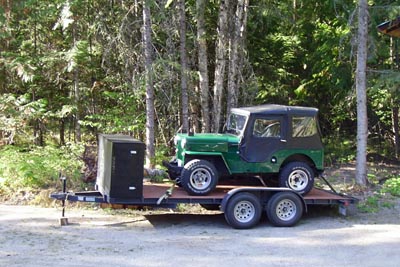 Click the map above for a larger, more detailed map of where we are and possible routes to get here.

Thanks to Chuck for the photos below from the trail ride. -- Derek Redmond 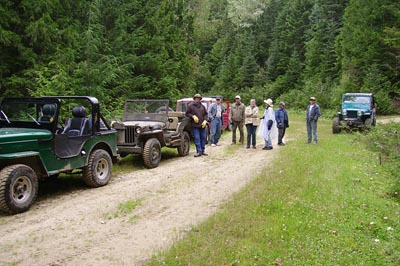 Oilleaker said on the CJ-3B Bulletin Board: "I would like to commend Chuck for a great meet with huge trail planning. 8 days of Jeeping is not easy to pull off. Carol and I had a great time. As you can see, the weather was cool and pleasant. Windshield up on the highways and fast gravel back roads, down on the trails. A NW Conifer forest wonderland. Falls, fire lookouts, lakes, wildlife, rivers and streams. Huge trees! Wow." 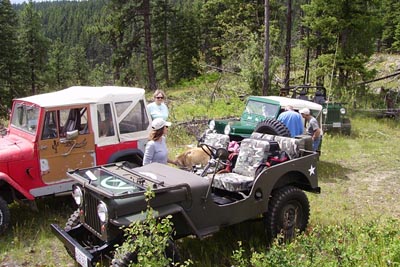 Chuck commented: "It does take a bunch of work and time to get it all together. To be able to shift the runs for the group of the day, and to see the smiles on the faces of the group when we gathered at the 'liars den' at the end of the run is worth all the effort put into it! The weather was great, not too hot, not too cold, just enough rain overnight to keep the dust down!

"If I remember right, the only breakdown was me running out of gas about 1/4 mile from the gas station, but I had a jerry can full anyway.

"Not really planning on putting another one on next year, but if anyone wants to go jeeping, just send us a message and we can set up something for a few days! Thanks to everyone who showed up for the rides, it was good fun!"