This Jeep was the last of three Jeeps purchased by my grandfather for use on his tree farm in Belvidere, New Jersey. The first was a 1946 CJ-2A, the second was a CJ-3A, and the CJ-3B was purchased in December of 1960 (see the original invoice, 70K GIF). 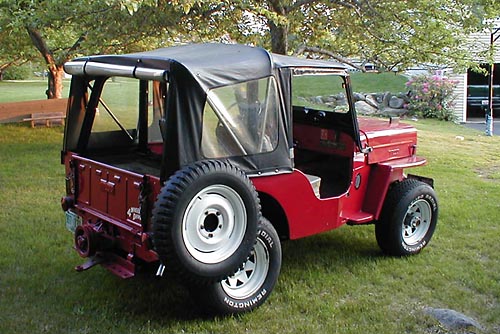 I acquired the Jeep in 1977 with just over 6,000 original miles. It was in very good shape, as my grandfather had always kept it in the barn. The Jeep was used for work. It was the preferred vehicle while accessing remote areas via dirt roads on his 120 acres. It came with a 200-amp generator/welder driven by the rear PTO. Welding, providing power deep in the woods, and powering selected appliances and the furnace in the house during frequent power outages, were common uses. (Being young and foolish, I sold the generator/welder early on -- big mistake.) 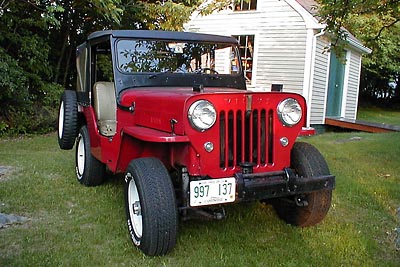 I have not used the capstan winch because the drive shaft was lost back in 1977 (but I would like to acquire a new one at some point).

All three of my grandfather's Jeeps were driven at various times from western New Jersey to eastern Massachusetts; my grandmother must have been mightily tired upon arrival. I made the trip in the 3B in December 1977 and it was long, loud, cold, and lots of fun! There were no problems. I did nothing but change the fluids and lubricate until 1984. The Jeep was my only vehicle for more than a year, and it was quite a hit with my friends in Mass and at college. 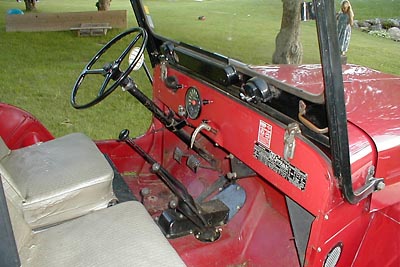 The Jeep was repainted its original color in 1984. The original half cab was replaced the same year. (I do not have the original bows, missing in action along with two original tires and wheels during a move -- stolen?) Locking hubs were added then as well; the red sticker on the dash is instructions for the locking hubs. The upholstery is original (although getting tired). 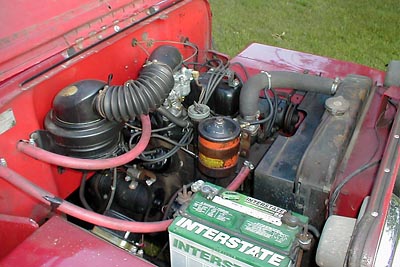 In 1999, I had some engine work done, as compression was low on numbers 3 and 4 (there were a lot of hours on the engine due to the generator/welder) in addition to numerous leaks from the front/rear ends, transfer case and transmission. At that time, we installed the Solex carb and a new fuel pump. The engine still has the governor in place. 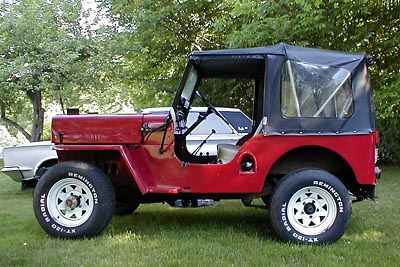 Recently I have been driving the Jeep only during the summer months while storing it during the winter. It gets lots of attention when driven, and turned 20,000 miles in June. It is always garaged. I have all of the receipts for work done dating back to the purchase; there aren't very many. I need to buy two correct wheels and mount more appropriate tires.

Thanks to Rolfe for the story and great photos. -- Derek Redmond