For three decades I have used Adobe Photoshop for creating composite photos, but as of late 2019 Photoshop is no longer supported by the Mac operating system. So I have been transitioning to GIMP 2.10, a free, open source application which can do many of the things Photoshop does. 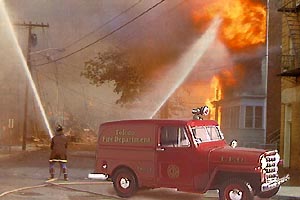 This is the final composite graphic I produced in 2001 for the Fire Service Jeep Toys pages, showing a model Jeep in a real-world background photo. 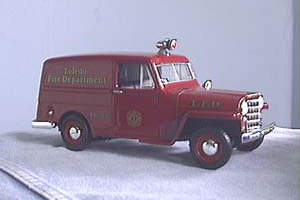 The foreground element was photographed against a contrasting background which is similar to the color of the final background. I used a VHS video camera, and grabbed a frame from the video. 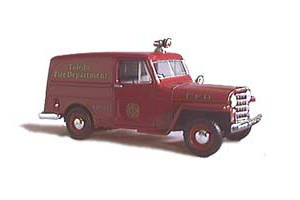 In Photoshop, the foreground element was carefully selected and cut out of the image, and adjusted in size as necessary. 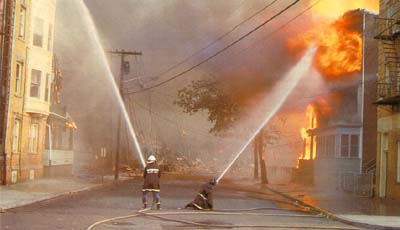 The background photo has been scanned in from the original source. 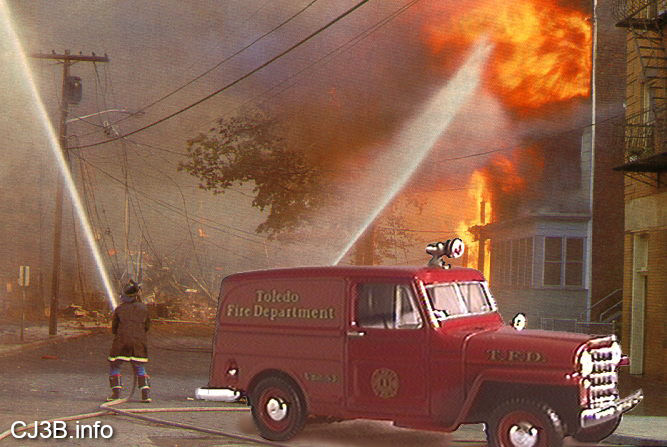 The foreground was pasted into a separate layer on top of the background, so it could be positioned and color-corrected to match.

Details on each layer, such as the firefighter's coat and helmet, can be retouched as necessary.

This tutorial was posted in 2001, but I was still using basically the same approach in 2010 for a Scrambler loading some firewood (280K JPEG) and a Funline Muscle Machines Jeep on a dragstrip (240K JPEG). -- Derek Redmond

Return to The Toy Jeep Pages on CJ3B.info.